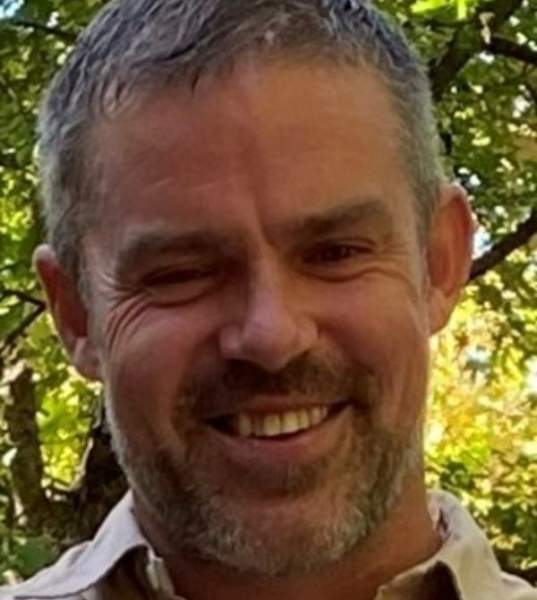 Adam Henry Edvalson, 46, passed away suddenly on December 28, 2021. Adam was born on January 27, 1975 in Rapid City, SD. He is survived by his wife (Jessie Edvalson), two step-sons (Ethan and Marty), mother and step-father (Bonnie and Norman King), father and step-mother (Patrick and Vivian Edvalson) and siblings (Ian Edvalson, Erik Edvalson, Leslie Nye, Seth Edvalson, Mike King, Lee Ann Norris, Nora Smith, and Kate Edvalson) and many others who may not all share blood ties, but are his sisters, brothers, aunts, uncles, nieces, nephews, and grandparents who loved him all the same. Adam’s heart was big enough to hold all that love and more.


Adam was kind, generous, and had a wonderfully laid-back attitude. His twinkling eyes and mischievous smile immediately drew in anyone who met him. He was intensely loyal to his family and friends. He never judged others and was always willing to lend a hand. As his final act of kindness, he gave of himself as a donor.

Adam met his love Jessie in 2014, and they married in September 2020. Adam enjoyed cooking for Jessie and bringing home sunflowers to her. Adam and Jessie shared a love of nature and exploring its beauties.

One of Adam’s most defining characteristics was his off-center sense of humor, which everyone appreciated, but only his siblings understood and shared. As a young boy, he loved being pulled into mischief with them. He never outgrew his boyish antics of teasing his family, especially his sister, nieces and nephews.

Since his youth, Adam enjoyed participating in all forms of martial arts. Over the years, he trained in karate, hapkido, kick-boxing, and mixed martial arts. But he was best known for his fifth-degree blackbelt in bullshito.

As a young adult, Adam found his spirituality in nature and with his indigenous friends, whom he considered to be family. And they embraced him in the same way.

Adam will be missed immeasurably by all who knew him. He was a beloved husband, son, brother, uncle, and friend and will live on in the hearts of all who loved him.

A viewing is scheduled on Jan 4, 2022 @ 12:45pm at Leavitt’s Mortuary (836 36th St, Ogden, UT 84403) followed by a remembrance service beginning at 2pm, which will be live streamedClick here for live streaming for those unable to attend in person. In lieu of flowers, please donate to Golden Steps Recovery (Golden Team @ Venmo).

To order memorial trees or send flowers to the family in memory of Adam Henry Edvalson, please visit our flower store.