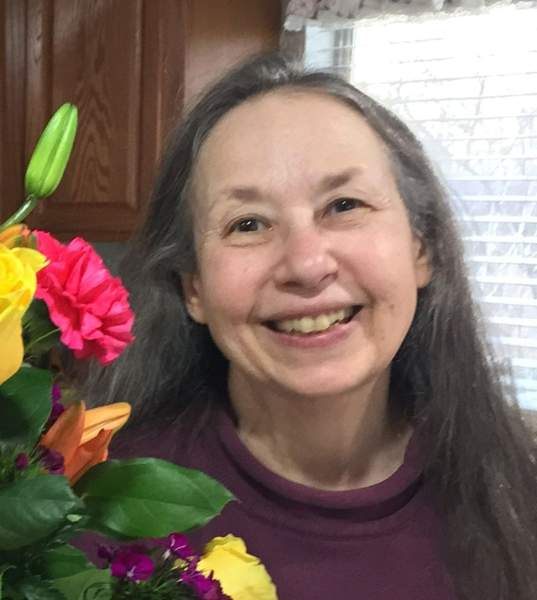 Dr. Anna J. Lang (Elliott) passed away on December 13, 2021 at age 73. She was a beloved daughter, sister, wife, mother, and grandmother, and she will be greatly missed by those who knew her.

Anna was born on December 3, 1948, the oldest child of Murray and Florence Lang. She spent her early childhood in New York and Massachusetts. When Anna was 13, the family relocated to California. She often said that this move changed her life forever because California was a place of tremendous opportunity where anything was possible with hard work and dedication, regardless of where one starts out on the socioeconomic ladder.
Anna attended Dorsey High School in Los Angeles, where her hard work and perseverance led her to excel academically. She was in the Honors Program, was elected to various honorary service organizations, wrote for the school newspaper, was on the drill team, and played the clarinet. In 1966, she graduated from Dorsey High School with honors. She was a graduation speaker and received the Aidante of the Year Award, an award plaque that still hangs on the wall at home today. Anna was a UCLA Bruin through and through, earning all of her degrees there. As an undergraduate, she earned numerous prestigious scholarships and graduated Phi Beta Kappa and cum laude with a BA in geography. She went on to earn an MA in geography for studies of the spontaneous migrations of the Monterey pine in California. She remained at UCLA to pursue a PhD in Geography, performing environmental field work at UC Riverside and the Deep Canyon Reserve near Palm Desert, CA. For her dissertation, she studied the geographic patterning of desert vegetation, developing innovative techniques for transecting and studying plant life across diverse topographies within the reserve. Her time doing field work was one of the highlights of her life, and she had many stories to tell her children about her time at Deep Canyon, from experiences with jumping cholla to a fascinating ad hoc anatomical dissection of a bighorn sheep head. During graduate school, Anna earned a Chancellor’s Dissertation fellowship and, as one of the first female teaching assistants at UCLA, received the UCLA Faculty Prize for distinguished teaching assistants. When applying for teaching jobs, her famed PhD advisor, Dr. Jonathan Sauer, wrote Anna a one-line letter of reference: “Anna is the best student I have ever had.”

While writing her dissertation, Anna accepted a position as a visiting instructor of geography at the University of Oklahoma, where she met and quickly married the love of her life, Harold Elliott, who was a graduate student in the geography department. When Anna’s mother unexpectedly became ill, Anna and Harold relocated to Los Angeles to be close to family. Both worked as burglar alarm dispatchers for Westinghouse Security while writing their dissertations, and even appeared together in advertisement brochures produced by the company.

After giving birth to her first daughter Dora, Anna was awarded her PhD in 1977, and the family moved to Florida where Anna started a tenure-track position at the University of Miami as an Assistant Professor of geography. Within two years, her gift for teaching led to a massive growth in the department’s enrollment, and she was soon teaching introductory courses with enrollments in excess of 300 students.

In 1979, Anna began to experience unexpected health issues that ultimately forced her to retire from her position at the University of Miami. The family moved to Ogden, Utah, where Harold had secured a tenure-track position at Weber State University. For the next 20 years, Anna focused on raising her children, which soon included “her last,” Sarah, who was born a few years after the move to Utah. She was a devoted mother, and even homeschooled her daughter Dora for many years. As a way of earning money for her family, she was an avid couponer, spending around 20 hours a week clipping coupons and searching for deals across different stores to save an impressive amount on grocery costs each month. Though life had thrown her an unfortunate curve ball with her health, Anna never complained. The most important life lesson she taught her children is that you will always face challenges in life, but you get to choose the attitude with which you tackle them.

With her children off to college or the workforce and her health stabilized, Anna accepted an adjunct teaching position at Weber State University in the early 2000s. Like she did at the University of Miami, her innovative teaching style led to tremendous growth in the department’s enrollment and a significant increase in majors. She cared very much about the future of geography education, and even established the Anna J. Lang Scholarship for Future Geography Teachers. After retiring in 2013, she once again focused fully on her family, helping to care for her aging parents.

During her 73 years on this earth, Anna gave so much of herself to others as a wife, mother, grandmother, daughter, friend, professor, and mentor. Her unexpected loss leaves a tremendous hole in all of our hearts, and she will be very deeply missed by her family, friends, colleagues, and students.

A memorial service celebrating Anna’s remarkable life is planned for Wednesday, December 22, 2021 at 3PM Mountain Time, and will be live-streamed on her obituary page.

"To access a recording of the memorial service, please contact annalangmemorialservice@gmail.com to obtain a link to the video."

To order memorial trees or send flowers to the family in memory of Anna J. Lang Ph.D., please visit our flower store.