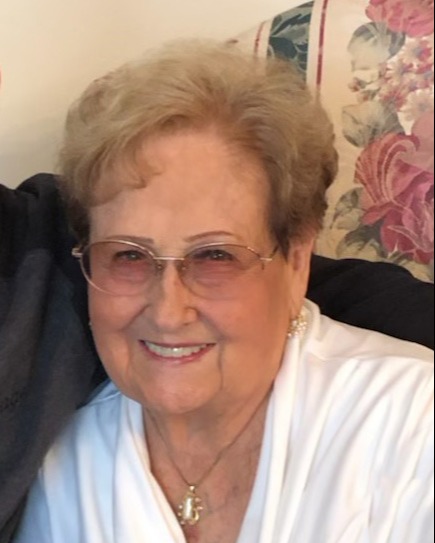 Annie Jean Kemp Newman, 87, passed from this life on Sunday, January 15, 2023, surrounded by loved ones, at the home of her daughter in Springville, Utah.

Jean was born to Melvin Harvey and Hannah Pearl Taylor Kemp on May 26,1935, in Ogden Utah. She was the oldest of three children and adored her younger brother, Melvin Kemp, and sister, Irene Kemp Smith. She grew up in Ogden, close to grandparents and cousins that she remained close to throughout her life. She graduated from Ogden High School in 1953 and worked many years in the banking business.

Jean was married and divorced and had three children, Debbra, John, & Pamela. In 1973 she met Robert John Newman, of Pleasant Grove, Utah, the father of three girls, Beverly, Barbara, & Bethanie. They were married October 27,1973 in Las Vegas, Nevada. The following year, they adopted each other’s children, and we became a family.  On October 27, 1998, they were sealed for time and eternity in the Mt. Timpanogos Latter-Day-Saints Temple.  In 1999 they moved back to Ogden to help care for her mother.

Jean was an active member of The Church of Jesus Christ of Latter-Day-Saints and served in many callings. Her greatest love was serving in the temple, which she did each week for many years, first with her sweetheart, Robert. Then with her daughter Debbra.

Thanks to ancestry.com she was blessed with another grandson Brandon VanZant, He lived with her and cared for her, her last year.

Jean was preceded in death by her father and mother, her sister, her sweetheart, and her son. What a glorious reunion it must have been.

In lieu of flowers, the family request donations be sent to Wounded Warriors or American cancer society.

To send flowers to the family in memory of Annie Jean Kemp Newman, please visit our flower store.