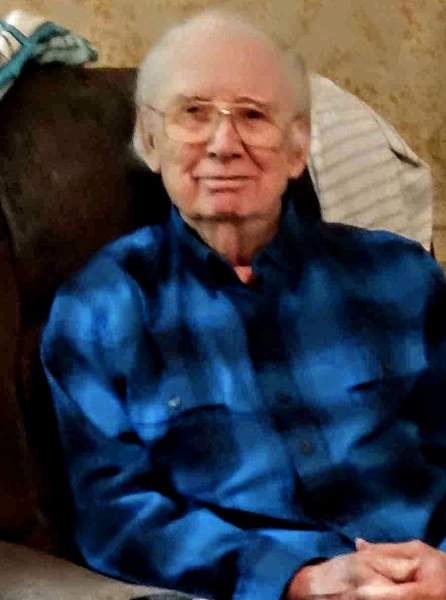 Art graduated from Utah State in 1950.

He married Mary Elaine Shurtleff in the Salt Lake Temple on August 12, 1947.
Art joined the U.S. Navy right after high school and served on a carrier at the end of WWII. He joined the Reserves and retired as a Lieutenant Commander in 1987.

He worked 47 years for the State of California Water Rights Division as an engineer and field investigator, where he became well known for being emcee of all retirement programs, writing special (humorous) poems for everyone who retired.

During his high school years, he was part of a big band that played at the White City Ballroom from time to time. He put away his trumpet but continued to play piano throughout his life.

During those same years, he met and married his beloved Elaine. He considered his greatest achievement in life to be his family – he will be sorely missed.

To order memorial trees or send flowers to the family in memory of Arthur Naisbitt Webb, please visit our flower store.