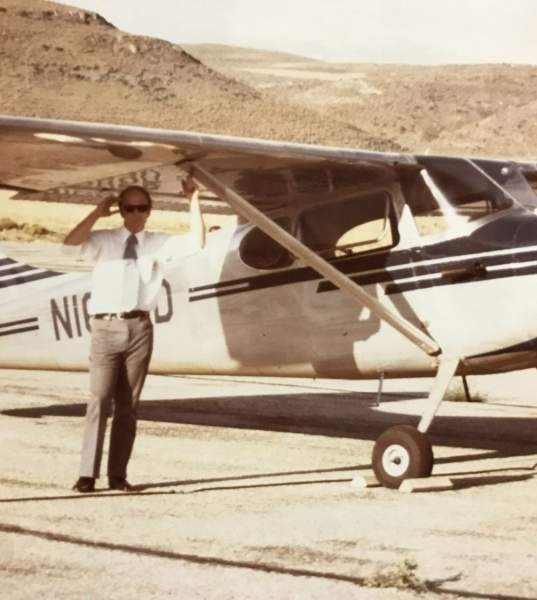 Benjamin Earl Olson, age 84, passed away peacefully at McKay Dee Hospital in Ogden Utah from medical complications, ending a long battle with Alzheimer’s disease. He was born on March 31, 1937 to Earl Frederick Merlau and Judith Francis Miller in San Diego, California. His parents divorced when he was a toddler, and he moved with his mother to a rural area outside Lansing, Michigan. His mother eventually met and married Oliver H. Olson after which Judith began referring to her son as Benjamin Olson.

Ben graduated from the University of Michigan and began working at the Thiokol Chemical Corporation as an engineer in 1960, where he spent the majority of his working career. He retired from Morton Thiokol in 1995, having worked as an engineer, a manager in Quality and as a purchaser and manager in Procurement.
Ben married Margarita Neyrand Herrero in June of 1958 in Ypsilanti, Michigan. Margarita and Ben had a daughter, Rene Lyn Olson, who was born on February 3, 1961. They divorced in February of 1963, with Margarita taking sole custody of Rene.
Ben met Rosetta Jean Stanbridge while working at Thiokol and they eventually married in August of 1963. Ben and Rose lived in Brigham City, Utah with Rose’s children from a previous marriage. Together they had a son, Daniel Benjamin Olson in August of 1971. Ben and Rose separated in 1982 and later divorced.
Ben met Gloria Jean Hollins at a work function and began dating; they married in July of 1984. They lived in West Jordan, Utah and eventually moved to Ogden, Utah, where they lived until Ben retired. They then began living part-time in St. George, Utah during the winter months, where they moved full-time in 2017. Gloria had a stroke in November of 2018 and passed away in March of 2019 after battling pneumonia.
Due to advancing Alzheimer’s disease, Ben was moved back to Ogden in April of 2021 where he lived in the memory care at the Legacy House of Ogden.
Ben was an aviation enthusiast and earned his private pilot’s license and shared ownership of a small private airplane for many years. He loved antique cars, sports cars, and antique sports cars. He loved to read, and was especially fond of histories, biographies, and fictional tales relating to aviation and sea-faring as well as political pot-boilers and spy-thrillers. He was fascinated with all contraptions that flew, floated, or rolled on wheels. He and Gloria shared a love of the outdoors and rock-hounding, and they both enjoyed the beautiful natural spaces in northern and southern Utah.
Ben is survived by his son, Daniel Olson, his step-children, Nat Fralia, Natalie Fralia, James Fralia, Michelle Fralia, and Fara Hueter, as well as his grandchild and step-grandchildren.
Ben is preceded in by his wife Gloria, his parents and grand-parents, as well as his siblings (Earline and Barak).
No services will be held. Ben’s family will have a celebration of life at a later date.
In lieu of flowers, please celebrate Ben by making a tribute donation to the Alzheimer’s Association to aid in Alzheimer’s research, or enjoy some time with your family visiting a museum, rock-hounding, or enjoying a root beer float.

To order memorial trees or send flowers to the family in memory of Benjamin Earl Olson, please visit our flower store.