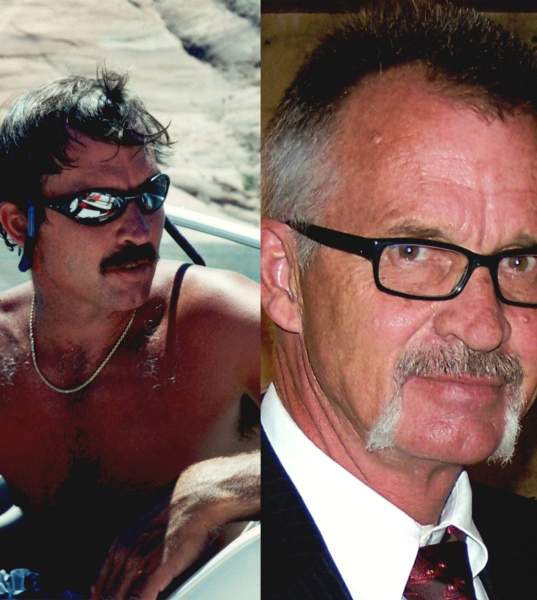 Bill Parsons...the man, the myth, the legend, known by the government as Sias William Parsons III, and by those who grew up with him as Billy, passed away on Oct. 13th due to COVID-19.


Born on all hallows eve in 1955, Bill was the definition of the term all gas, no brakes. He lived his life by his own rules, on his own terms, and as fast as he could. A man of action, there was never an obstacle in his way that was too large to overcome.

When his knees went bad and he could no longer freestyle ski he didn't give up on winter sports, he became a pioneer in the sport of snowboarding, helping convince local resorts to allow snowboarders on their lifts. He loved the rush of xtreme sports and that carried on throughout his life. When he couldn’t ski, he snowboarded, when he couldn't ride a board he hoped on a snowmobile or his Harley.

After he graduated high school from Ogden High, early in his adulthood, he realized he wasn't cut out to work for someone else, so he set out to make his own future, a self-made man through and through. He started his career by installing sprinkler systems with the skills he'd learned from his father Bill Parsons (Sias William Parsons Jr.) and the can-do spirit instilled in him by his mother Vernona Parsons as well as the loving support from his siblings (Patty Weber, Brad Parsons). He went from sprinklers to landscaping to deck building to interior remodeling, but at the end of the day deck building became the focus of his career. Together with his son, Sias William Parsons IV, in 2017 he founded northern Utahs premier custom deck building company, Big Yeti Builders installing over 50,000 sqft of decking a year.

He was a man that put 110% into anything he got involved both in financial investment and learning everything he could to be the best he could at any given subject. He was never ok with just being ok at anything.

He was a man who lived many different lives and on the last leg of his journey he reconnected and married the true love of his life, Cynthia Parsons. They had met in their younger years but only in passing, 30 or so years later they reconnected when their teenage children became friends and set them up. Cynthia brought out the best version of Bill over the 15 years of their marriage.

Bill was a father to so many wayward children, whether it be his sons by birth (Sias William Parsons IV, Jacob Parsons, Bradley Parsons), Cynthia's children (Tatiana Myers, Robin Layman, Kachina Lott), his step kids from his previous marriages (Bryan Done, Timothy Done, Tanner Nelson, Kamron Nelson), or the friends of his children that he managed to always step in to help when they needed it. From those children he had six grandchildren, Holden Parsons, Bella Myers, Jude Layman, Sierra Myers, Oliver Layman, and Sias William Parsons V.

Wherever life took Bill he connected with people and that connection has caused his death to leave an impact on too many people to count. The family is happy to inform anyone who wants to know that he has never slowed down for a minute, he has lived a full life exactly how he wanted to live it with zero moments wasted and was at peace at the time of his death.
A final farewell birthday celebration will be held at Leavitt's Mortuary 836 36th Street, Ogden, Utah, in the Waterfall Room at 6:00 p.m. on Sunday, October 31, 2021.

Food, cake, and beverages will be served while we all take turns telling stories about the man, his life, and what he meant to us. All are welcome to attend and say a few things while you're there.

To order memorial trees or send flowers to the family in memory of Bill Parsons, please visit our flower store.