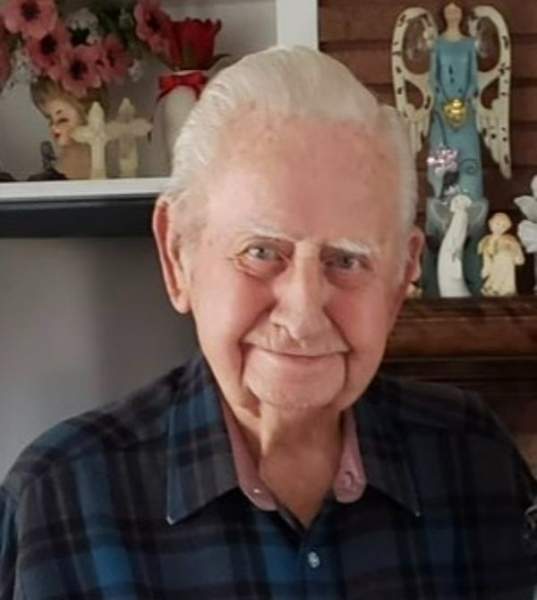 Blaine was born in Montello, Nevada on December 21, 1930, to Rulon and Lureen Garner. He grew up in the Tremonton area where he and his brothers tended to over 2000 chickens on their farm.

He joined the U.S Air Force in 1950 during the Korean War and was honorably discharged in 1958. He took a detour and went to work at the Pillsbury factory before returning to government work at Hill Air Force Base.

Blaine was a very hard worker and during his career he received many awards for outstanding performance and special achievement. Upon his retirement from the government, he was awarded a certificate for never taking a sick day, he left with 1500 unused sick leave hours.

Blaine was a cowboy at heart and loved horses. He enjoyed the many trips he took to Arkansas to see the horse races. He could frequently be found hunting, fishing, or cheering on the Jazz, and didn’t miss a chance to be the camp chef during hunting season, even into his 80’s. Blaine was also a skilled carpenter. Whether it was a deck for the house, a shed for the yard, or a three-story doll house for his granddaughter. According to her there was nothing her grandpa couldn’t fix.

He is survived by his wife of 30 years, Patricia, who he loved with all his heart, his three children; Andy, Rob, Kelly, his five grandchildren; Cody, Amanda, Ashley, Craig, Amber, his three great grandchildren; Joey, Anna, Hadley, his baby “sis” Mary Ann, his sister-in-law Gina, and many beloved friends.

He was preceded in death by his parents and brothers Norman, Grant, and Gene.

To order memorial trees or send flowers to the family in memory of Blaine Whittaker Garner, please visit our flower store.