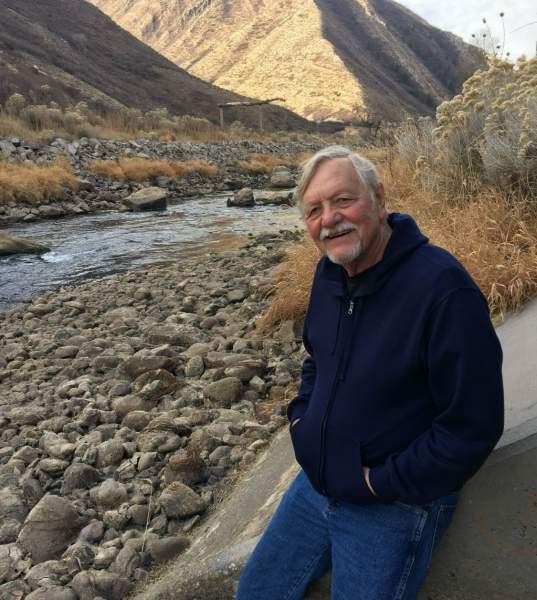 It is with much sadness and love that we announce the passing of Blaine Dee Hawkins. Born on December 7, 1948 to Darold Blaine Hawkins & Clara Arlene Parkinson, Blaine grew up in both Devils Slide and Ogden, Utah, graduating from Ogden High School in 1967. He soon joined the US Navy, where he reached the rank of E-5 second class petty officer in only two years’ time. He served from 1968-1972 as an engineer Yeoman on the USS Chewaucan AOG50. He also spent time as a fuel and water specialist. After his tour of duty he returned to Utah, studied some at Weber State, and trained into the position of a licensed Electrician and head of his department at Defense Depot of Ogden. After DDO ceased operations, he was transferred to Hill Airforce Base where he ultimately retired in 2009. He was married to Ellen Louise Mikkelsen (m.1975-div.1978), with whom he became a proud father to his son, Jadon (Michelle) Hawkins. He later married Julie Ann Jeppesen (m.1982 until her passing in 2016), adding two daughters, Tanya (Ryan) Stephens & Shantele (Raqeal) Hawkins to his legacy. He finished out his golden years joyfully married to Marie Lynn Groustra (m.2018 to present), his high school sweetheart-reunited, for whom he proudly extended his fatherly wing to Dawn Drefs, Cherise Drefs & Matt Drefs.

Blaine was a curious adventurer and spent much of his time purposely lost (or stuck) in the woods with accordion maps on the ready and a friend to his side. He loved fishing, hunting, camping, and talking story around the fire. He had an early love for dirt bikes, which grew to include many other power sports such as street motorcycles, ATVs, jet skis, boats, trucks (Chevy ONLY!), cars, and jeeps. He had many long-time friends with whom he shared his passion for fun and adventure.

Blaine was a dedicated family man and committed much of himself to being a loyal and present husband and father. He believed that his responsibility as a father was to parent to the very best version of his kids, showing immense confidence in our potential. He supported our every step and celebrated with us as we rose to the stature he saw in us. The wisdom in his lessons have been our greatest gifts.

He set a strong example of open-minded acceptance of others. He had a quiet faith in God. He believed in hard work and responsibility. He accepted the challenges and setbacks of life with such serenity. He was unfailing in his service, generosity and love and will be missed by so many.

He is survived by his dear wife, Marie, his children and grandchildren, and siblings- Jackie (Don) Greenfield, Roxanne (Jim) Pierce, Pam (Jeff) Anderson, Tracie (Todd) Potter, Lance (Marlo) Hawkins, & Patti Hawkins. He is preceded in death by his parents and departed wife, Julie.

To order memorial trees or send flowers to the family in memory of Blaine Dee Hawkins, please visit our flower store.