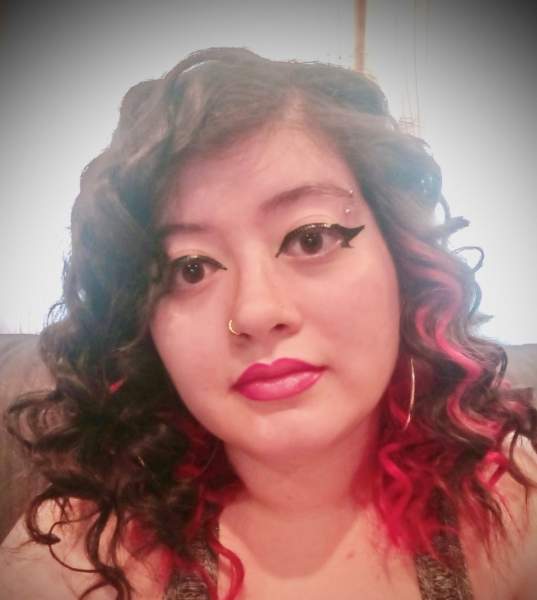 Blanca Mireya Gutierrez- Herrera, 27, Passed away October 27, 2021. She was born October 27, 1994, to Blanca Bernal and Saul Herrera. In Tijuana, BC. Blanca graduated from Ogden High. She married Esau Gutierrez on August 5, 2012, in Washington Terrace, Utah.

In 1996 Blanca arrived with her parents in the United States to the city of Ogden, Utah. Full of hope and inspiration for a better life. She spent most of her childhood with her grandparents Aracelia and Manuel Diaz, who helped raise her alongside her mom and dad.

Blanca was always so intelligent she always figured out a way to overcome obstacles. Blanca learned English by herself watching TV and listening to others by the age of three.

She was always one of the top students in her classroom. She was always a student of the month throughout elementary school. All of her teachers recognized how smart and bright she was.

Ever since Blanca started Head-Start, she achieved a lot of accomplishments. Blanca attended Lewis Elementary in 2001. By the end of elementary school, she was rewarded with “The Hope Of America” award. Blanca received a letter from Washington D.C to meet the president for her success in school. She attended Mount Ogden Junior High where she was part of the JROTC. For high school, she attended Ogden High she was part of the drill team and many other clubs. Ogden High is also where she met her high school sweetheart Esau. They got married in 2012. She then graduated from high school in 2013 while raising their first-born Ruby Annabelle.

In 2016, they had another beautiful daughter named Perla Angela. Blanca went to Ogden Weber Technology College and also had a full-time job to provide the best life for her daughters.
In Blanca’s work career, she worked for Levolor, GSC, Reader Link, and recently Williams International. She met a lot of her friends at these companies. Blanca was a very responsible worker. She adapted quickly and was a fast learner.

Blanca worked so hard for everything she had; she made her parents so proud.
Blanca had the funniest sense of humor and personality. She had the most beautiful smile. Her energy alone could brighten up the mood. She always knew how to make everyone around her feel welcomed.

Blanca loved anything that involved her children and family. She was the greatest sister and inspired all of her siblings in the best ways possible. She loved road trips, traveling, loved writing poetry, drawing, going on hikes, watching anime, baking shows, BTS, collecting crystals, nature, and reading.

Ever since Blanca was a little girl, she was so kind to everyone she met. She had the most beautiful mind and soul. Blanca definitely had her heart and mind in the right place. Blanca cared so much for all of her family members. She was an amazing wife, mother, daughter, granddaughter, sister, and friend. Blanca’s presence is greatly missed by everyone who was lucky enough to get the chance to know her. Heaven truly gained an angel on October 27th, 2021.

Blanca is preceded in death by Manuel Diaz, her grandpa. Hector Herrera- Gonzalez her uncle. Raul Bernal-Velazco, her grandpa.

To order memorial trees or send flowers to the family in memory of Blanca Mireya Gutierrez-Herrera, please visit our flower store.