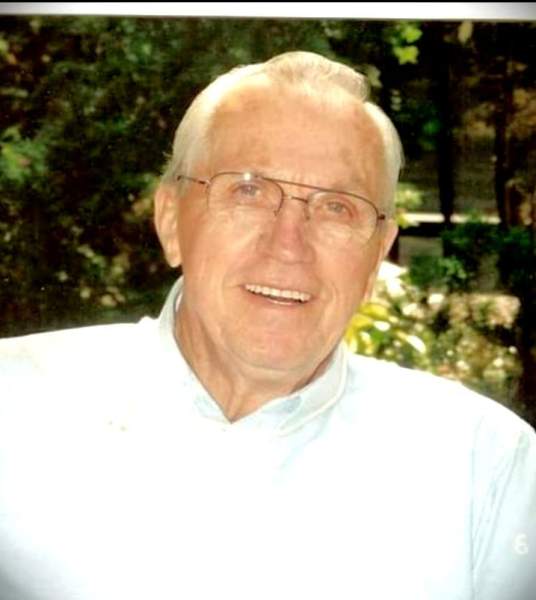 Bobby Ray Webb was born on February 6, 1934, in Saltillo, Mississippi. He passed away Saturday February 19, 2022, from complications due to congestive heart failure at the age of 88.

Bobby was senior class vice president at Saltillo High School in Saltillo, Mississippi and enjoyed returning for class reunions with his graduating class of 12. He met his wife Mary Louise when in the Army calibrating a telescope where he saw she and her sister sunbathing in their backyard in Detroit, Michigan.  The two were caught by her parents in the middle of the day in downtown Detroit when they were looking for engagement rings when they went outside to see the diamond in the sunlight.  The two were married and had three children.  They were stationed with the United States Air Force in Tachikawa AFB, Japan; Chanute AFB, Illinois; Minot AFB, North Dakota; Malmstrom AFB, Montana; and Hill AFB in Ogden, Utah.  Bobby and his family remained in the Ogden area after his retirement from the Air Force as a Senior Master Sargent.  He loved his country and worked extensively on the electrical systems for Minuteman Missiles to protect the United States.  After retiring from the USAF after 25 years of service, he worked as a civilian electrical engineer for GTE Sylvania on a team of specialists troubleshooting Minuteman Missiles.

Bobby enjoyed gardening, even when his harvest was far more than even his extended friends and family could consume.  He worked hard to provide for his family and to rise well above his humble beginnings in Mississippi.  He used to pick cotton after school in order to earn money to go on dates as a teenager.  If his family didn’t grow it, they didn’t eat it, so farming was a necessity.  He loved growing flowers, roses in particular.  In his retirement he enjoyed monitoring and managing his investments.

He met his second wife, Josie, square dancing even though neither of them loved it enough to keep up with the hobby.  She helped him to update his home from the shag carpet of the 70’s, took care of him for 23 years, and helped him learn how to say the words ‘I Love You’ to his family.  The two enjoyed becoming snowbirds and Josie helped him expand his horizons outside of his office and into the St. George area.  They enjoyed spending time with friends eating out, dancing, seeing movies, and traveling together to Topaz Mountain, Washington D.C., Alaska, and through the Panama Canal.

He was preceded in death by his parents, Annie Lee Riggs Webb and Authur Delbert Webb, and his first wife, Mary Louise Baals Webb.

To order memorial trees or send flowers to the family in memory of Bobby Ray Webb, please visit our flower store.