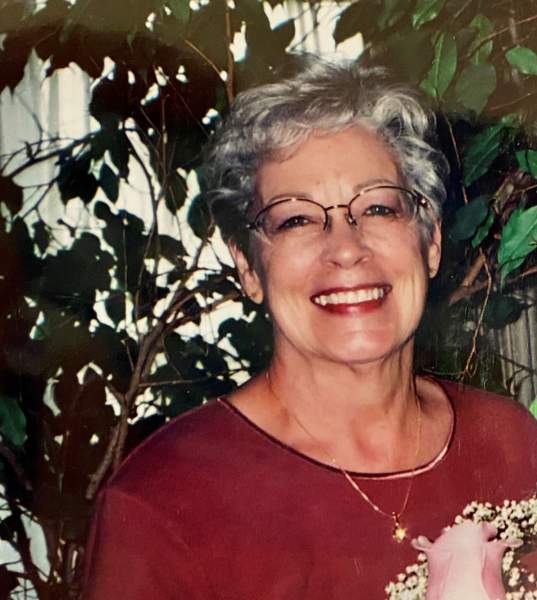 Bonnie Mae Black Swanson died peacefully in her home November 22, 2021. Bonnie was born August 16, 1939 in Caledonia, Mississippi to Robert Tim Black and Allie Mae Lockhart. Bonnie came from a large family, having four brothers and three sisters. She loved being a “country girl” of the South and enjoyed playing with her brothers and sisters in the cotton fields. It was on the farm that she learned to work hard and she took great pride in anything that she accomplished.

In her teen years, Bonnie was a singer in a band that performed at high schools, community dances, and on the radio. She also enjoyed roller skating, drama, and playing softball. She graduated from New Hope High School in May of 1958.

On March 30, 1957, Bonnie was baptized into The Church of Jesus Christ of Latter-day Saints. In her own words, “The gospel was surely a familiar voice to me and I have made the church my life.”

On November 16, 1959, Bonnie married Jimmy Alan Swanson and they were later sealed in the Mesa, Arizona Temple on December 17th, 1968. Together, they raised two children, Pixie and Ed, and they now have a posterity of eight grandchildren and 13 great grandchildren. Their posterity brought much joy to the two of them as Jim and Bonnie enjoyed going to their extracurricular activities and attending many family parties.

Bonnie enjoyed an eight-year career in the banking industry but being a wife, mother, grandmother, and homemaker was the highlight of her life. She also enjoyed sewing, crafting, reading, traveling, attending the temple, and researching family history.

Jim and Bonnie served a mission together in the Visitor’s Center of the Missouri Independence Mission. She always said that this was one of the more sacred events of their life together. She enjoyed many church callings and emulated Christ in the best of ways. She truly was a friend to everyone, no matter their background.

The family wishes to thank Suncrest Hospice, especially Ryan Cook and Cindy Flint who took such great care of Bonnie in her final months.

Interment will be at the Leavitt’s Aultorest Memorial Park.

To order memorial trees or send flowers to the family in memory of Bonnie Mae Black Swanson, please visit our flower store.