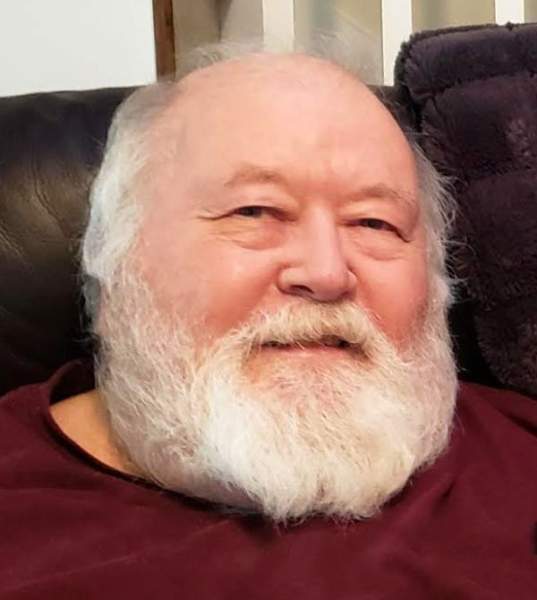 For our beloved husband, father, grandpa, and great-grandpa,

Jim was born November 10, 1945, to James F. Wilson and Vera Harmon in Payson, UT. Though he lived most of his life in the greater Ogden, UT area.

Jim graduated from Bonneville High School in 1964. There, he met the love of his life and high school sweetheart, Jacque Lee Gregory. They were married October 10, 1965. With their relationship of 58 years and marriage for 55 years, they set an example of true love and devotion for their family to follow. Together, they raised two strong willed and passionate children, Guerlain Ann (Jeri) and James Gregory Wilson (Jim). Later, they brought their spunky dog, Bella, into their home. Jim was always proud of his children and loved that “little doggie.”

Jim’s legacy grew as his family did. Jeri married Johnny Gullo, and Jim married Becky West. They brought another ten grandchildren (including spouses), and three great-grandchildren (and counting).

For a good part of his life, he was stationed at Hill Air Force Base as an electrician and supervisor for the F-16 fighter jets. Despite his career, his kids and grandchildren were always able to see him in the stands supporting their dreams…and they know he will continue to do so. After retiring in 2010, he appreciated the laid-back life. You would often hear him say, “Every Day is Saturday.”

Being an avid Harley Davidson rider, Jim and Jacque would make the trek East to Rapid City and the Black Hills of Sturgis for the annual Sturgis Rally. After their first ride…they did not stop for 24 years.

Here’s hoping that heaven brings no bad days or dirty cars! He will be forever missed!

At Jim’s request, the family will not be holding a funeral. Instead, there will be a Celebration of His Life with close friends and family.

To order memorial trees or send flowers to the family in memory of Brent James Wilson, please visit our flower store.