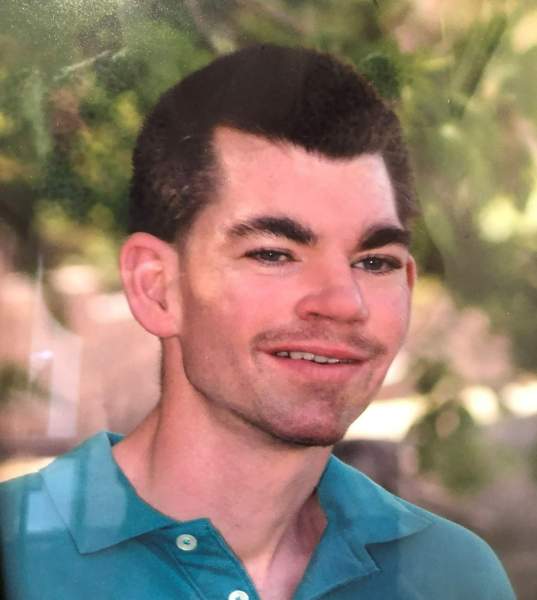 Casey Dale Hunter passed away peacefully surrounded by his TURN family on December 29, 2021, from multiple forms of cancer. He was born prematurely on January 26, 1983 and was very determined to live. He experienced some brain damage with his hospitalizations and still was determined to do all that he could.

His first year of life he spent more time in Primary Children's Hospital than at home because of his compromised lungs. His Gram would come out and help his mom. His Gram and Papa decided to go on a mission to help Casey to survive. This sounded crazy, but it worked. Casey never stayed in the hospital as a child again.
He could eat only pureed foods and would eat enough to feed 2-3 people. He didn't live to eat but ate to live. He was a unique person. His sense of humor had no bounds. He generally loved everyone even if they had slighted him. He loved being with his family. He adored his nephews and found them fun to watch when they were playing with his toys. His other family at the group home were very special to him. These would be Theresa Coyle, Dana Salas, Paulina Rymer, and Jessica Pierce. Helen Sanchez was there shortly after Casey passed and bought the suit. Al Stoddart retired 5 vears ago and would still come and take Casey to Lagoon and ride the fastest, most busy rides that they could find_
Casey's life was one of learning and teaching. He was so autistic that he wouldn't come out of his self-inflicted shell that kept him isolated from the world. His Gram fought through that and would give him hugs and kisses and when he finally gave in, learning how wonderful those interactions were. Casey would pass that along. One day at school when he hugged a teacher. she cried because he always fought being touched and this time, he hugged her. From there it was just more of the same.
He participated in the handicapped Mutual and was in plays they put on. He loved to make people laugh and would wear costumes that were ridiculous. He loved to help at Halloween at the door.
If he didn't want to do something you knew it, He would stomp around and elbow you and there was no mistaking he wasn't liking something. My, what a fuss he would make.
If we showed up to visit him but didn't have a toy car or balloon, he was very disappointed. He loved helium balloons.
Our love for Casey never wavered. He was a lot of work. He leaves a mark on whomever he touched. He couldn't see very well or hear very well. He walked only because his brothers insisted on it. He had glasses but didn't like anything on his face, so didn't use them much. He leaves all those wonderful caregivers at the TURN group home in Clinton. Todd Noorda could get him to do anything and could take him anywhere.
Thanks to IHC hospice who allowed him to pass in comfort, Nurse Kristie. Casey had a multitude of doctors who worked with a nonverbal patient to try to find out how best to manage his problems.
He leaves his mom and Dad, three older brothers, two sisters-in-law and two nephews.
His mom and dad appreciate all those who helped him along the way. We will miss the TURN family.

Interment at the Oakley, Idaho Cemetery.

To order memorial trees or send flowers to the family in memory of Casey Dale Hunter, please visit our flower store.