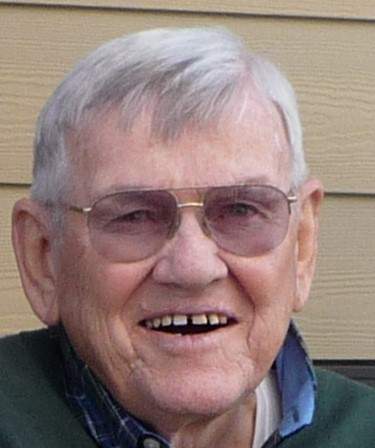 Clark Hugh Hirschi, 86 passed away Sunday, January 17, 2021, at Davis Hospital in Layton, Ut. from complications of Covid-19. Clark was born May 20, 1934, to Hugh and Hazel Isom Hirschi “in a house” in Hurricane, Ut. He moved to Cedar City, Ut. at a young age, where he graduated from Cedar High School.  Clark attended Southern Utah College and Utah State Agriculture College where he earned his Bachelor of Science in Education. In 1969, while raising his young family, Clark earned his Master’s in Education from Utah State University. Clark married Ann Marie Dover on December 21, 1954, in the Saint George LDS Temple. Clark was drafted into the US Army and served in Puerto Rico, teaching English to other service members. After his service, he taught 4th, 5th, & 6th grades at Sunset Elementary School for most of his teaching career, before moving to Holt Elementary School where he retired. Clark also worked for the IRS (part of the time while still teaching) and earned a second retirement. Clark had several interests including helping start the AYSO soccer program in Sunset, golfing in his leisure time, and old-time country music even attended the Grand Ole Opry. He loved history and enjoyed sharing family history with his family. Together with his wife Annie, they enjoyed square dancing, weekly card games with friends, bowling on numerous bowling leagues which he did up until last year, and were members of the WIT Motorhome Club traveling across the country. Clark was an active member of the Church of Jesus Christ of Latter-Day Saints faithfully serving in several callings. Clark is survived by his wife of 66 years Ann Marie, five children, Teri (David) Rigby; American Fork, Ut. Mark (Michelle) Hirschi; Washington Terrace, Ut. Susan (Bernard) Asante; Clinton, Ut. David (Sherry) Hirschi; Roseville, Ca. Linda (Roger) Rickenbach; Pleasant View, Ut. He has 30 grandchildren and 33 great-grandchildren. He is also survived by two sisters; Mary and Janet, and two step-siblings JoAnn and Gerald. Clark was preceded in death by his mother Hazel and stepfather Hunter Nelson, father Hugh Hirschi, his brother Phil, his stepbrother Rex, and great-grandson Gabriel Billmire. Funeral Services will be held Friday, January 22, 2021, with a viewing from 10:00 – 11:00 a.m. with the service starting at 11:00 am. Military Honors will follow the services.  Clark will be buried in the Clinton City Cemetery immediately following. A Livestream link for services is provided below. To send flowers to Clark's family, please visit our floral store.
To order memorial trees or send flowers to the family in memory of Clark Hirschi, please visit our flower store.