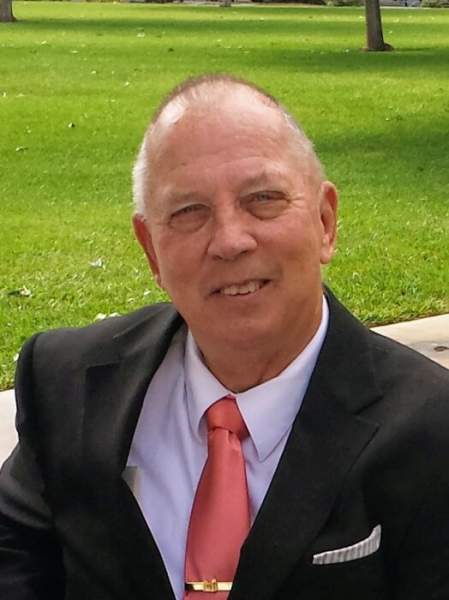 On January 9, 2021, our amazing father, grandfather, great-grandfather, brother, uncle and friend was called up to the “Big League” and returned to his Heavenly home. He was born in Rupert, Idaho on May 15, 1937 to Ezma Adell Poulsen and Eldon Bernard Pearson. Dad’s life started with a miracle. He was eager to come to earth arriving three months early and weighing less than three pounds. The doctor said he would not make it through the night. His grandmother placed him in a shoebox on the oven door and fed him with an eyedropper to keep him alive. He spent most of his childhood and teenage years in Parma, Idaho and is the oldest of seven siblings. His family worked hard and played hard. He graduated from Parma High School, where he played on the tennis team winning several championships and placing in the national tournament. He enjoyed teaching ballroom dancing with his mother and loved to waltz. He attended BYU and has been an avid BYU fan his whole life. Dad loves baseball! In his early years, he was offered a contract and signing bonus to play major league baseball with the Milwaukee Braves. He turned it down to serve a church mission where he served in the Southern States. He loved his mission and made several lifelong friendships. He married his eternal companion, Janice Thomas on June 10, 1964 in the Idaho Falls Temple. Together they had nine children and raised several foster children. They lived in Idaho, Montana and Utah and cherish the friends they made along the way. He is a member of the Church of Jesus Christ of Latter-Day Saints and served faithfully in many callings. Dad is the hardest worker we have ever met. He worked as a regional dispatcher for the United States Forest Service where he was famously known for his Good morning! Good morning! Good morning! wakeup call. When he wasn’t working his full-time job, he was officiating basketball, baseball and softball games. We enjoyed tagging along with him whenever we could. He enjoyed gardening and would turn any empty lot into a garden. He provided bushels and bushels of produce to neighbors, friends and strangers. After retiring from the USFS, he went to work full time as a Realtor and has continued in that profession for the last 27 years. Dad is definitely one of a kind. He loved to joke around and is known for his positive attitude. He coached several teams over the years, including Weber State Club Softball with his kids. He continued to play on the family softball team while still in his late 60’s. He loved to watch his Dodgers. He was very personable and would hand deliver hundreds of calendars each year. Many look forward to his yearly birthday call. Dad taught by example and we are so grateful for the lessons he taught. If everyone could have a dad like ours, this world would be an amazing place. Dad fought Covid courageously until the end and we are so proud of him! We extend a special thanks to all the medical professionals for the care they provided. We are grateful we were able to be with him in his final moments. His life ended with a miracle as he was able to reunite with family members, personally witnessing what he knew to be true. Dad, thanks for always being our #1 fan. You’ll always be #1 to us! Love you! He is survived by his son, Clee Jr. (Peggy) Pearson; daughters, Kim (Glen) Porter; Tonya (Daniel) Walder; April Aiken; Toni (Laren) George; Julianna (Clint) Silvester; son, Shane (Margaret) Pearson; daughter-in-law, Desiree Pearson; 29 grandchildren; 18 great grandchildren (more on the way); additional family members, Rose; Juliana; Myron; Darla; and Elrena. He is also survived by his sisters, Darlene; Raedell (Bud); Louanne (Jim); brothers, Ellis; Carl (Kathy) and numerous extended family members. There was a big celebration on the other side as he was welcomed by his wife; children, Blaine and Rebecca; son-in-law, Bobby; his parents; parents-in-law, Harry and Geneva; sister, Rhea; and many more loved ones. Friends may visit family Thursday, January 14 from 6:00 p.m. to 8:00 p.m. at Leavitt's Mortuary, 836 36th St., Ogden, Utah Due to Covid, funeral attendance will be limited to family members but please join us online on Friday, January 15th at 12:00 p.m. as we pay tribute to our dad. Interment at Leavitt’s Aultorest Memorial Park.  Livestream Link will be available on Clee’s obituary online, and condolences may be sent to the family at www.leavittsmortuary.com To send flowers to Clee's family, please visit our floral store.
To order memorial trees or send flowers to the family in memory of Clee Pearson, please visit our flower store.