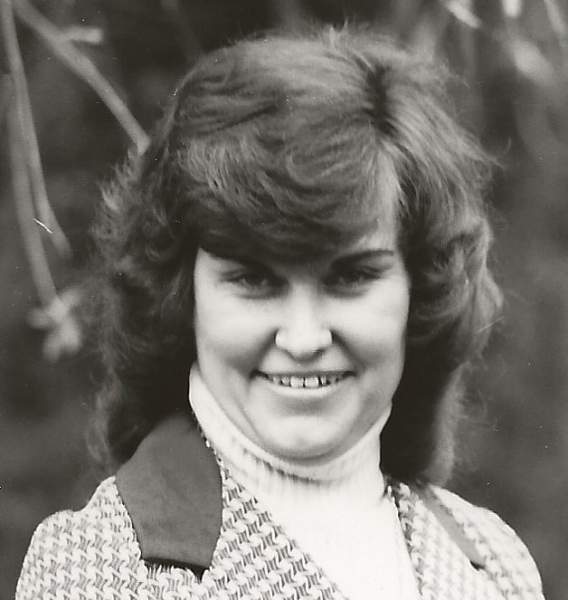 Connie was born on December 27, 1935, to Vilda and Leonard Stitzer.  She was raised in a family with unconditional love for each other. She faced many challenges in her lifetime starting with rheumatic fever at a time when the outcome could have ended in tragedy, but instead she fought on to survive.  When Connie was about 12 years old her family experienced the unexpected death of her father which left her mother with three children to raise on her own. Connie attended Ogden High School where she met the father of her four children Val H. Richardson. They married young and later divorced.  She then went back to school at Manpower Development where she proudly received her diploma. She was able to accomplish this while raising her children and often working two jobs.  During Connie’s life, her children and grandchildren experienced the unconditional love she had for each of them as well as their many friends who called her "mom" that were welcomed into her home during troubling times. She married Grant (Corky) Faulkner – they eventually divorced.  Despite her great challenges, she was a wonderful example to her children by working hard and always showing unconditional love.  She worked for Deamer Finance Company while also working part-time as a cocktail waitress at night.  During her time at the finance company, she uncovered a large embezzling scheme that resulted in a conviction. That success led to her next job as head of Records and Communications at the Clearfield Police Department. While Connie's professional career flourished, she continued working a second job part-time to give the best possible life to her children. Later, she left the Clearfield Police Department to work for the University Police Department at Weber State University where she continued her career and eventually retired.  While working at WSU, Connie met the love of her life Tom Kidd. Something sparked between them that grew into a strong and unconditional love for each other. They married and combined their families to create a lifetime of happiness together. Tom & Connie moved to Kingman, Arizona where together they built Shadow Mountain Ostrich and Emu Ranch. They worked tirelessly to create emu oil products and southwestern jewelry for this business.   While living in Arizona Connie had the challenges of losing many loved ones: her son Mike Richardson to cancer, sister Dorothy Wilson, her grandson Chris Hatley to a tragic accident, her daughter Kathy Jones to diabetes, and most recently her beloved husband Tom.   Connie is survived by her daughter-in-law, Sherry Richardson (Mike Richardson), son-in-law, Dennis Jones (Kathy Jones), son, Jeff (Joanna) Richardson, her daughter, Sherri Seely. 13 grandchildren: Jan Pater, Megan (Nate) Schiedler, Cole Richardson, Kathi Thomas, Mindi Fletcher, Casey (Amber) Jones, Ryan Jones, Kris (Glenda) Jones, Amy (Matthew) Burns, Janessa Richardson, Jared Richardson, and Kelsey (Carlos) Seely.  27 great-grandchildren: Olivia, Gus, Wyatt, Hayden, Jordyn (Harry), Emily, Raven, Cristyn, Abigail, Lily, Jack, Kate, Jane Tayla, Quinn, MJ, Austin, Cota, Tyler, Natalia, Hailey (Luke), Megan, Lexi, Madisyn, Zach, Carson, and Colton. five great-great-grandchildren: Bethany, Harry, Kingsley, Graesyn, and baby girl Tenney due in 2021. Nieces and Nephews: Debbie Shupe and family, Carol Leigh and family, Leonard Stitzer and family, Bret Stitzer and family, and Mitch Gibson and family.  Connie is preceded in death, in order by father Leonard Stitzer, brother Leonard Stitzer, nephew Craig Thompson, stepfather Jess Norman, mother Vilda Norman, son Mike Richardson, sister Dorothy Wilson, grandson Chris Hatley, daughter Kathy Jones, soulmate and love of her life Tom Kidd.  We are forever blessed to be loved by a woman with the magnitude of resilience, strength, and love that Connie possessed.  We are grateful for her life and will carry her memory in our hearts, always. The family gives our heartfelt gratitude to Dr.Burhan Chinikhanwala and his nurse, Lori, of Bullhead City, Arizona for their many years of care.  We also would like to thank Dr. Tyler Williams, Dr. Scott Moulton, and the hospice team, Tyler, Danita, and Andrea for their gentle care in her final days.  A special thank you to Dennis Jones, Jeff Richardson & family, and Sherri Seely for lovingly caring for Connie as her health declined.   Funeral Services will be held on Monday, December 28, 2020, at 2:00 p.m. at Leavitt’s Mortuary 836 36th Street, Ogden, Utah Interment at Washington Heights Memorial Park. To send flowers to Connie's family, please visit our floral store.
To order memorial trees or send flowers to the family in memory of Connie Kidd, please visit our flower store.