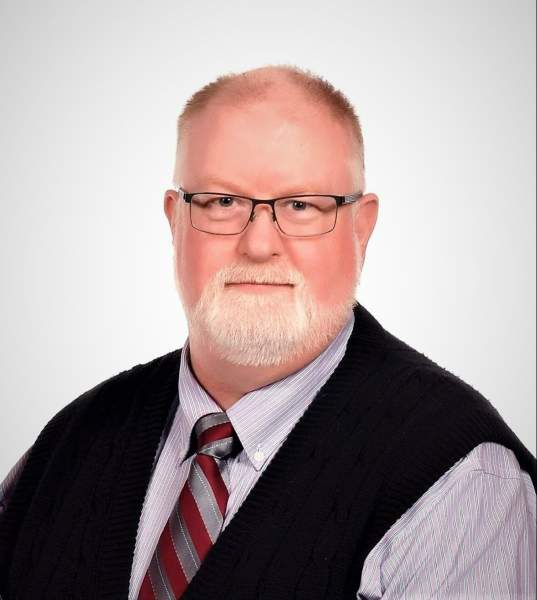 Del Robert Earley, 58, passed away on the morning of February 27th in Tremonton, Utah.

Del was born on January 26th, 1964 to Robert Thomas Earley and Renee Thornock Earley in Montpelier, Idaho. He grew up in Laketown, Utah working with his dad and grandpa as well as several other farms in the valley where he learned the value of hard work. Del spent all of his school years in the same building until he graduated from North Rich High School in 1982. He gained a love for music that started with playing the trombone and transformed into him falling in love with the hip new music of the day and becoming a DJ for several school dances and functions. Del worked hard helping his mother run the Laketown Drive In during these years, but was still one that knew how to have a good time. It was during this time that he met the love of his life, Linda, while she was spending the summers with her family in Bear Lake. Their first date was at the Pickleville Playhouse and they would eventually attend his junior prom together.

Del served an LDS mission in Alaska including Juneau, Anchorage, and Fairbanks where he had many great experiences and grew many friendships, several that still endure today. After returning home from his mission, he and his whole family drove back to Alaska to visit many of these locations.

After his mission, Del reconnected with and married Linda Lee Droesbeke for time and all Eternity in the Logan, Utah Temple on June 14th 1985. Del and Linda began their life together in Heber City, Utah while she taught at the local elementary school. At this time he worked at a Burger King in Park City, Utah as an assistant manager while attending classes at Utah Valley College. Here Del discovered his love and talent for electrical and engineering work and even ended up helping teach several of his courses once his talents were discovered.

Later, Del and Linda moved to Ogden, Utah where he worked several hardware and plumbing jobs including working as a manager at Standard Plumbing in Tooele, Utah. It was during this time that he and Linda had their only child, a son. Shortly after, Del got a job at Lifetime Products where he worked his up way from a maintenance position into his real passion of controls and automation engineering. This would take him to several different companies throughout his later life as there was always a demand for his skills and personality.

Del had a great passion for travelling and camping, especially with his family and friends. He traveled much of the western United States, usually while pulling some sort of RV behind him. Del loved visiting new places, seeing new sights, and being able to share his adventures with those around him. Almost every weekend he could be found laid back with his RV somewhere in the outdoors. Del had decent cooking skills, especially when using a barbecue or Dutch oven while he was camping. Later in life he also grew a love of cruises and visited many more locations, all while enjoying the comforts and food they provided.

Del always had a great love and appreciation of family. He was one to try and be there for his family, and even close friends, coworkers, and neighbors he considered family, no matter the occasion. He often acted like a big brother to everyone and tried to be there whenever someone was in need of his help. He was quite selfless whenever there was someone that had a project, he would be there to assist, or at least supervise, in any way he could. This is a trait Del learned from his mother and father. In the end Del had a great passion for his granddaughters whom he adored with all of his heart. He loved playing, spending time with, and of course teasing them. Del really did love almost all that he came in contact with and touched more lives than even he himself would have known.

Del is survived by his wife Linda of 37 years, his three siblings Wayne (Genia) Earley, Brent (Jesi) Earley, and Barbara (David) Fairbourn. He is also survived by his loving son Thomas James (Nikalle) Earley and his granddaughters Aspen and Sage Earley.

Del is preceded in death by his parents, Aunts Donna (Alfred) Smith and Sharon Schutte, and several other close family friends and relatives.

A viewing will be held Friday March 4th, 2022 at the LDS church building located at 435 West Harrisville Road in Harrisville, Utah at 1:00pm with funeral services beginning at 2:00pm. There will also be a viewing held at the LDS church in Laketown, Utah on Saturday March 5th from 9:45am to 10:45am with internment following at the Laketown Cemetery at 11:00am.

To order memorial trees or send flowers to the family in memory of Del Robert Earley, please visit our flower store.