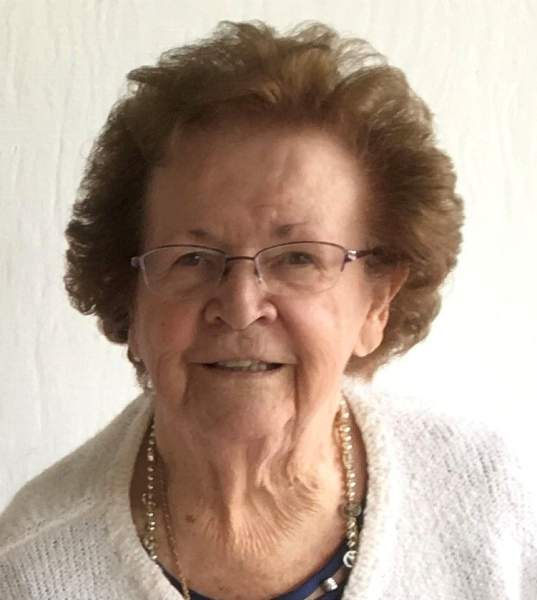 Dixie Wright, age 91, passed away on October 13, 2021 at the Mountain Ridge Care Center in Ogden, Utah. Dixie suffered from Lewy Body dementia and ultimately succumbed to break though COVID 19. She was born June 13, 1930, in Ogden, Utah to Violet Carin and John Devere Clark. She graduated from Ogden High School in 1948 and attended Weber State College.


Dixie married Wallace Eugene “Gene” Wright in Ogden on June 11, 1951. Gene Wright was a dentist in Ogden and together they raised four children. Dixie was a loving mother, grandmother, and great-grandmother. She is survived by her four children, Brent (Karen), John (Virginia), Wynn, and Elizabeth (Anthony), nine grandchildren, and four great-grandchildren. She is also survived by her sister Ruthmarie Rives. Dixie was a devoted sister, mother-in-law and aunt. She enjoyed close relationships with her sisters, in-laws, and her nieces, nephews and their spouses. Dixie was a gracious hostess. She loved hosting family gatherings, including her annual and much-loved “Santa Party”.

Dixie was a skilled seamstress. While in college she worked as a seamstress at Ogden Woolen Mill, but her real passion was to sew beautiful clothing and tailored items for herself and her family. In keeping with the fashion of the times, her finely tailored suits, blouses and dresses included intricate, pleats and linings. Later in life she devoted her sewing skills to making quilts. Her designs were beautiful and she loved sewing and making quilts as gifts for birthdays, weddings, babies, house warmings and Christmas.

Dixie served her community as a member of the Junior League and as a volunteer “Pink Lady” at the McKay Dee Hospital.

Dixie entered Madison Elementary School as a kindergartener in 1935. The friendships she made in kindergarten lasted over 80 years. She and her group of tight girlfriends, dubbed the “spadettes”, shared a lifetime of friendship and fun. Their annual Christmas party, birthday celebrations, and trips to Jackson Hole, Sun Valley, Wendover, and Hawaii were highpoints in Dixie’s life.

To order memorial trees or send flowers to the family in memory of Dixie Mae Wright, please visit our flower store.