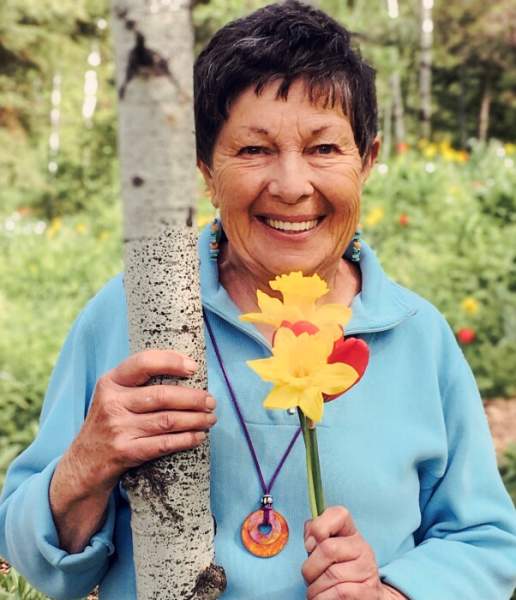 She was born on April 3, 1934, to Maidell and Jean Matheson Clements, in Kellogg, Idaho.

Dona was a strong independent woman, from a long line of strong women. She spent her early childhood near Palmer, Alaska, where her father worked at Independence Gold Mine. They returned to Northern Idaho at the start of World War II. Dona graduated from Kellogg High School and Sacred Heart School of Nursing, in Spokane, Washington.

It was here that she met her handsome Texan, Billy. He had just returned from Korea and was stationed at Fort Lewis. After double-dating, he knew he was smitten with his friend’s date, the cute little dark-haired Norwegian. They celebrated 65 years of marriage on June 4th of this year.

Together they lived in many places around the world, while Bill was in the Army. This included Alaska, Virginia, and West Germany. For the last 44 years, they called Nordic Valley their home. There they made lifetime friends and shared poppy seed, bird books, and wine with their neighbors.

Dona loved to ski and took advantage of the senior discounts at Powder Mountain, well into her 80’s. She also loved a sunny day spent on Nordic skis at local areas like North Fork park. She loved Nature. The mountains were her cathedral and she taught generations of family to love birds, plants, and wildflowers.

She will be remembered for her kindness, warmth, sense of justice, and friendliness. We will know she is near when we hear the song of a mountain chickadee.

She was preceded in death by her sister Gayle Booth, of Clarkston, Washington.

A memorial service and celebration of life for friends and family will be held at a later date. In lieu of flowers, donations may be made to the American Red Cross, The Nature Conservancy or a charity of your choice.

To order memorial trees or send flowers to the family in memory of Dona Mae Spinks, please visit our flower store.