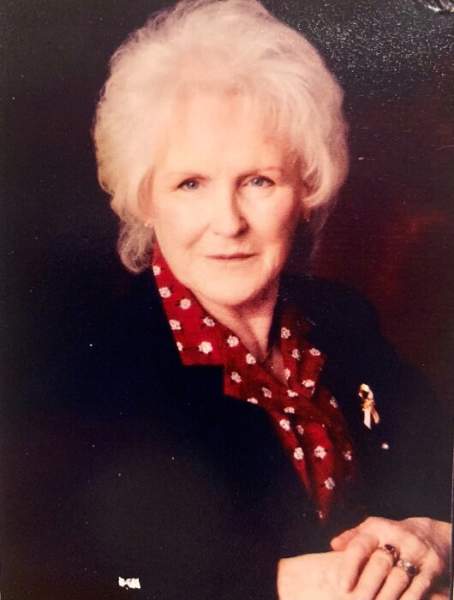 Doreen Sadler Eversole left her mortal life, into the arms of her Heavenly Father on December 27, 2020, at age 96.  She was born November 10, 1924, in Ogden to George V. Sadler and Ethel Harben Sadler, the fifth of ten children. Doreen was educated in Ogden City Schools and raised in a loving family.  During WWII she worked at Hill Field as a riveter, parts manufacturer, and repairman, receiving several outstanding performance ratings. She retired in 1971.  She married Richard Geyer on February 14, 1946. They had one daughter. They were later divorced.  She married Thomas K. Bell on December 30, 1952. They had one daughter and one son. They were later sealed in the SLC Temple. They were later divorced.  She married Sanford E. Eversole on May 16, 1969. They were married 32 years until his death in 2000.  Doreen was a member of the Church of Jesus Christ of Latter-Day Saints, serving as a visiting teacher for 25 years. She taught Sunday School and she later served as a counselor in the Primary Presidency and also the Relief Society Presidency. She sang in church choirs in the wards she lived in.  She enjoyed doing roadshows and helped paint and make scenery. Doreen enjoyed bowling, horseback riding and camping with the Utah Trail Endurance Riders and riding in the city parade. She loved being with family; her family was her greatest blessing and enjoyment.  She was preceded in death by her husband Sanford Eversole, all three of her children; Cheryl Kay Tolson, Pamela Bell Colvell, and Kevin Bell, one grandson Erick Visser, sisters June Blakeley, Delsa Owen, and Kathleen Reeves, brothers George, Melvin, Terrance (Terry) and Harben (Benny) and several nephews and nieces.   She is survived by sisters Myrna (Val) Chase of North Ogden, Patricia Schroeder of Springfield, OR; seven grandchildren, 17 great-grandchildren, and eight great-great-grandchildren, several nieces and nephews and so many others that called her Grandma.   Graveside services will be held at Leavitt’s Aultorest Memorial Park 836 36th Street Ogden, Utah on January 2, 2021, at 11:00 a.m. A Viewing will precede the graveside service from 9:30 -10:30 a.m. at Leavitt’s Mortuary The family would like to express appreciation to the team at Inspiration Hospice and Gardens Assisted Living for their patience and kindness over the past couple of months. To send flowers to Doreen's family, please visit our floral store.
To order memorial trees or send flowers to the family in memory of Doreen Eversole, please visit our flower store.