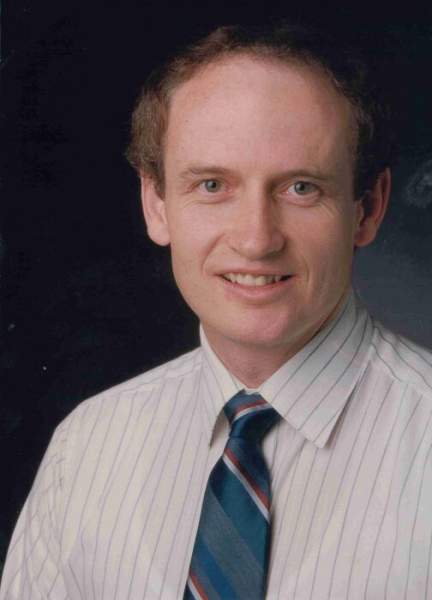 Douglas Max Belnap, age 63, died suddenly but peacefully, early Friday morning, December 25, 2020, at his home with his wife near his side, giving him tender loving care. Doug was born at the Dee Hospital on November 23, 1957, in Ogden, Weber County, Utah to Max Gilbert and Ora Jean Heslop Belnap, and was the fifth of six children. He attended Ogden City Schools (Wasatch Elementary School and Mt. Ogden Junior High). In elementary school he earned the Presidential Fitness Award, during junior high he was a Junior Volunteer at McKay-Dee Hospital with a friend, and he earned his Eagle Scout award when he was 16 years old. Doug did well in school and enjoyed advanced mathematics and debate and was a member of the National Honor Society. He graduated from Ogden High School in 1976, and he received an academic scholarship and attended the University of Utah before serving his mission. Doug served an honorable mission in the Taiwan Taipei Mission where he spoke Mandarin Chinese. He graduated from the Ogden LDS Institute and Weber State University with a BS degree in Computer Information Systems. During his early schooling and into college, Doug had a newspaper route, worked with his dad doing electrical work, managed apartments, and loved helping and working with his dad at the family’s Hooper farm. After he graduated from college, he was a computer operator and computer clerk, and a shipping manager at the Salt Lake ZCMI where he earned the Employee of the Month Award. He also worked for I.R.S. as a batch and an extracting clerk, and as a tax examiner. He held jobs at Walmart, Sears, and was a census taker. Doug met Julie Bingham in a science class at Mount Ogden Junior High. Their first date was before Julie left for her mission. Doug married Julie Bingham in the Ogden LDS Temple on May 20,1994. Doug has served in many callings in the Church - home teacher in all the wards, but more specifically in the Ogden 50th Ward, he served as a Venture Scout Leader and in the Sunday School Presidency. In the Ogden 91st Ward (Singles Ward), he served as Employment Specialist, and Ward and Financial Clerk. Doug served twice as Ward Mission Leader and was also Ward Membership Clerk. Doug and Julie served in several callings together - Stake Missionary, Ward Canning Directors and Primary Teachers. Doug always stressed honesty and wanted to treat others with kindness. He loved to serve others and was grateful for friends and family. Thank you to all who have been his friends throughout his life. Doug will be deeply missed by his wife, Julie; his three sisters, Karen Clarke (Mark), Beverly Johnson, Valene Terry (Robert); his brother, Gregory Belnap; many nieces and nephews; three aunts; and many cousins. He is preceded in death by his parents and his sister, Janice Garrett. Due to COVID-19 restrictions, a private family service will be held on Wednesday, December 30th, 2020 at 11 am at Leavitt’s Mortuary, 836 36th St., Ogden, Utah. Friends and family are invited to visit with family on Tuesday evening from 6 to 8 pm at the mortuary. Masks and social distancing are required for family and friends who attend. Due to the pandemic, extended family and friends are encouraged to stay safe and view the services live at www.leavittsmortuary.com by scrolling down to the bottom of Doug’s obituary. Interment will be in the Hooper City Cemetery, 5301 S. 6300 W., Hooper, Utah. Memorial contributions may be made in memory of Douglas Max Belnap to the Max Gilbert and Ora Jean Belnap Scholarship Fund, Weber State University Development Office, 1265 Village Dr., Dept. 4018, Ogden, Utah 84408-4018. To send flowers to Douglas' family, please visit our floral store.
To order memorial trees or send flowers to the family in memory of Douglas Belnap, please visit our flower store.