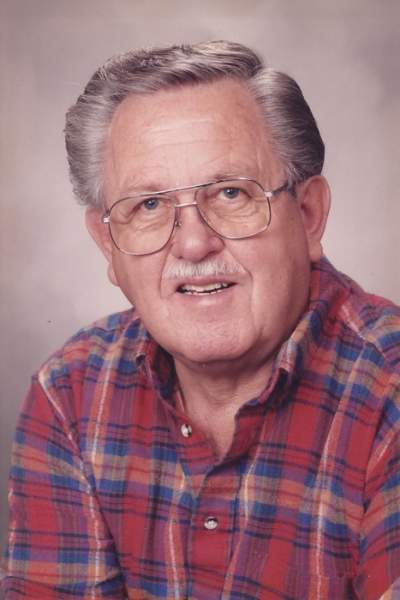 Douglas B. Stoddard passed away on August 8, 2020, one month after a sweet celebration of his 89th birthday. He was born in Bingham Canyon, Utah, on July 7, 1931, to James Donald Stoddard and Mable Caroline Kendrick.

The family moved to Copperton, Utah, where Doug and his siblings enjoyed a wonderful childhood. He graduated from Bingham High School. He was involved in many activities and sports.

At the outbreak of the Korean War, Douglas enlisted in the Air Force on January 1, 1951. He was assigned to the engineering field and served many months in French Morocco, Africa. After his discharge, November 29, 1954, Doug enrolled and graduated from the University of Utah with a degree in Mechanical Engineering.

Doug was hired by The Boeing Company as a design engineer and started work on February 15, 1960. When The Boeing Company won the NASA contract to design and build the first stage of the “Moon Rocket”, Doug was among the engineers sent to Huntsville, Alabama, to begin the work. This was the beginning of a career in the advanced space systems programs. He worked in the Apollo Programs, Space Shuttle design, Outer Planet Exploration, and the Mariner 10 (Venus/Mercury Fly-By Mission).

Doug was transferred to the International Oceanographic Exposition on Okinawa and worked on this project for a year 1974-1975.

Doug finished his career in Huntsville, Alabama, as a manager of Systems Integration on the Space Station. He retired in June of 1991.

He was a very active life-long member of The Church of Jesus Christ of Latter-day Saints and enjoyed many positions in the Church. His last 29 years in North Ogden were filled with hard work, play, and service. He was a good man.

The family wishes to express their sincere appreciation for the care Doug was given by Encompass Home Care and Hospice. We are so grateful to Nurse Tammy, CNA Jodie, Social Worker Miller, Chaplain Kim, Vounteer Russell, and many others who stepped in throughout the months of his declining health.

We say goodbye for now to this marvelous, wonderful son, brother, husband, father, and grandfather. Until we meet again, remember to “Think Outside of the Box”.

Due to COVID-19 restrictions, Face Masks are required for attendance to the Viewing.

To order memorial trees or send flowers to the family in memory of Douglas Boyd Stoddard, please visit our flower store.