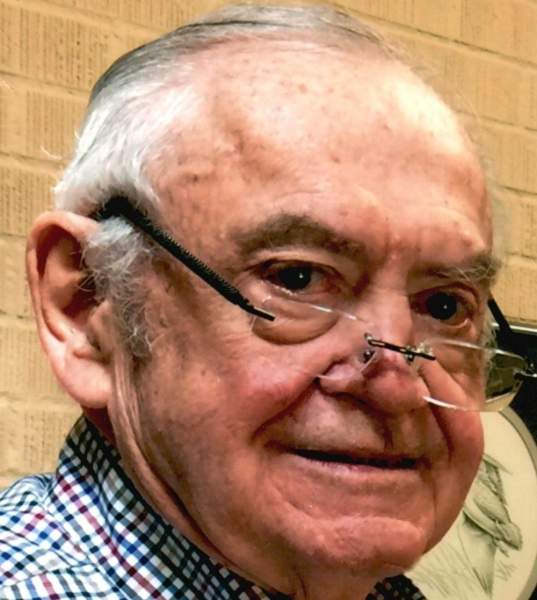 He attended Stuart School, East High and The University of Utah School of Medicine. We learned at a young age not to enter into a discussion about any of these alma maters unless we had at least an hour to spare.
After graduating from medical school first in his class, Doc went on to attend his internship and residency program at the acclaimed New York Hospital, where he won many distinguished awards. This is also where he met the love of his life, Pat who was a nurse there. They met on New Year's Eve while both were on duty. They started dating the following March and have been together ever since. This June, Doc and Pat will have been married 58 years. One of Doc's many "favorite sayings" was, "I was born ready". We all knew that meant he was ready if Pat got him ready.
In 1971, Doc and Pat relocated, with four kids in tow, back to Ogden where he started the Open-Heart Surgery Program at McKay Dee Hospital. He was the first surgeon to perform several newly developed and life-saving surgeries there. He served in many leadership positions at both McKay Dee and Ogden Regional. Doc was a member of the Faculty of the American College of Surgeons and The American College of Thoracic and Chest Surgeons.
He was in private practice for over 25 years where he treated his patients like they were family and created many special bonds. His patients loved him and he them. He was still practicing specialized medicine up until last year when his health began to decline. Doc saved hundreds of lives over the years, this included during Operation Desert Storm, being flown into a combat zone so he could teach triage surgery to chest surgeons during battle. He and his wife Pat also developed and taught the first Advanced Cardiac Life Support training for local paramedics. He valued the many professional and personal relationships he had developed through-out his medical career.

Doc was an Eagle Scout and a member of the Pleasant Valley 3rd Ward.

Doc enjoyed reading, hunting, gun and stamp collecting, trains, anything historical and his computer. However, his greatest joy in life was his family.

Doc was preceded in death by his parents, his son Lyle, his son-in-law Mike and his beloved brother Tom.

He is survived by his loving and devoted wife Pat, his children Wendi Rees-Porter, Kelly Rees-Maw (Chris) and Rick Rees (Judy). He has six grandchildren, who he was quite sure were all geniuses: Katie Wilkinson (Tyler), Michael Porter (Krystiana Davis), Sydney and Jackson Maw and Denae and Jaycee Rees. He also has two great-granddaughters and a great­ grandson he adored. Doc also had several other non-biological kids. You know who you are.
Although we will miss you daily dad, we are thankful for the joyous reunions happening in Heaven.

"More whiskey and fresh horses for my men!"

The family will be having a private graveside service on Saturday, May 8th•

A celebration of his life will be held in July by invitation.

In lieu of flowers, please make donations to The American Heart Association or charity of your choice.

To order memorial trees or send flowers to the family in memory of Dr. Joseph Richard Rees "Doc", please visit our flower store.