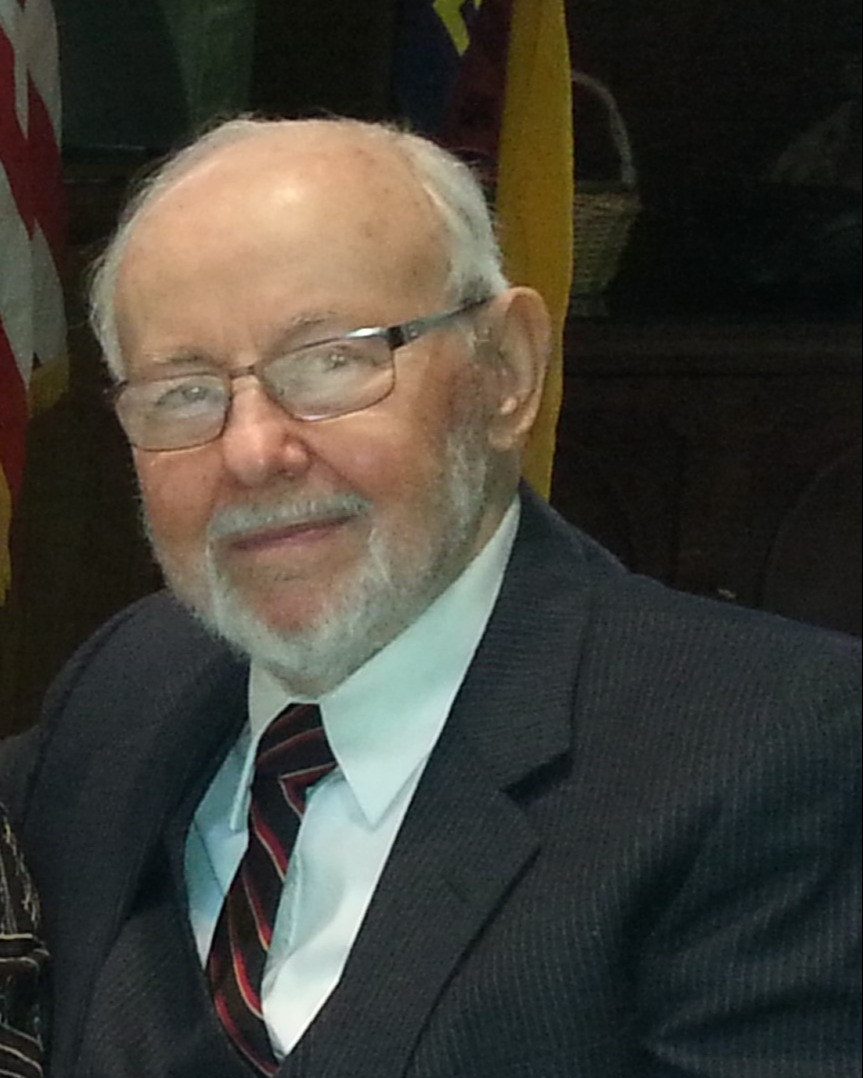 Edgar Pauling Sneed was born on May 4th, 1932, as one of three children to Richard Sneed and Belle Sneed (née Goodrich) in San Antonio, Texas. Edgar is survived by his loving wife of 67 years Patricia “Pat” Sneed (née Doiron), daughter Suzanne and her husband Jesse, whom he considered a son, and three grandchildren David, Adrienne, and Jonathan.

Edgar primarily grew up in San Antonio, however, his family moved around the southern United States often due to his father’s service in the US Army. These early years were formative for Edgar as they introduced him to a wide range of people and experiences. One of the stories that he often told is of when President Roosevelt visited Fort Oglethorpe in 1943 to inspect WAACs troops. He was playing under the bleachers with his friends, and his sister Lucille, when one of the President’s companions came by and he met Fala the President’s Scottie. This encounter is surely one of the reasons behind his lifelong love of Scotties.

After leaving High School early, Edgar followed in his father’s footsteps by joining the US Army in 1950. Sent to undergo basic training at Fort Riley in Kansas, he had just finished training when the US entered the Korean War. Due to fortuitous circumstances, he was not immediately sent to Korea with the rest of his class of graduates. Instead, he stayed at Fort Riley where he was promoted to Corporal solely because the base armorer had been sent to Korea and they needed a replacement. He used to joke that he may have been the youngest Corporal in the US Army at the time. After a further period in Japan, Edgar was sent to Korea in 1951. He saw fighting at the Battle of the Punchbowl and other engagements throughout 1951 and 1952. Eventually rising to the rank of Staff Sergeant, he led a squad of men in Korea. It is clear from how he talked about his experiences and the men he served with, that he cared for his men deeply and took the responsibility of their safety seriously. Serving with men from a different background than his, mostly the Pacific Northwest, and serving in a newly integrated Armed Forces provided some of the impetus for his lifelong support of civil rights. He did not leave Korea unscarred or unchanged by his experiences, however, he did leave with his humanity and sensitive nature intact.

After leaving the US Army, two things happened to Edgar that would shape the rest of his life.

First, he met Patricia Doiron in San Antonio at a Handy Andy grocery store in 1954. Pat as he called her affectionately, was the first love of his life. They were soon married in 1955 in San Antonio. In 1957 they welcomed their only child, Suzanne, into this world. They were an incredibly close, if sometimes imperfect, family. However, what stands out above the imperfection is the love they had for each other. He was incredibly proud to be the father of Suzanne and took that responsibility seriously.

Second, he took advantage of the GI Bill to begin his lifelong pursuit of learning at San Antonio College and then the University of North Texas. He found another love of his life at these institutions - history. Edgar moved on to the University of Texas where he received his master’s degree. He then began his odyssey of teaching history at Texas’ various small colleges and universities, Texas A&M Kingsville, West Texas A&M, University of Incarnate Word, and more. This was a difficult time for him as he was unable to gain tenure and put down roots. However, he still found ways to make meaningful contributions to these institutions. A particularly illustrative story of Edgar’s character is when he volunteered to be the faculty sponsor of a NAACP chapter at West Texas A&M in 1968 when the students could not find a faculty member to sponsor their organization. This unpopular decision, a theme in his academic life, led to the deep suspicion of him by members of the administration and ultimately his exit from the institution.  As he would tell his freshman history students, “in the study of history, along with the other liberal and fine arts, you find answers to the essentially human questions: who are you, why are you important, how do you make peace with yourself, your fellows, and your God” and “by in large, the study of history prepares you to live, not to work”. Decisions like these show that he was truly prepared to live. Edgar always loved good fights, and as he told one of his grandchildren in his last years, he was only sad that he would not be able to continue the fight.

After leaving academia, Edgar entered the second period of military service in his life. This time he served with the Air Force, beginning as an English as a second language teacher for students from Arab countries training at Lackland Air Force Base in San Antonio. However, as he could not stay away from history for long, he moved on to become the base historian at Lackland. In 1984, Edgar and Pat moved to Germany so that he could become base historian at Rammstein Air Force Base. They spent 4 years in Germany, a period they looked back fondly on for the experiences they had and the friends they made. They often liked to tell stories to their family about their travels around Europe to Paris, Champagne, Antwerp, the Amalfi Coast, and more. A particularly important event for Edgar, as a Russian historian, was their trip to the Soviet Union in 1988. During this trip he fulfilled his lifelong dream of seeing Swan Lake at the Bolshoi Theater. They moved back to San Antonio in 1988 to be closer to their growing number of grandchildren.

Edgar wrote and journaled prolifically, and prolifically is an understatement here, throughout his life. It is clear from reading Edgar’s writings and journal entries that he placed a great deal of importance on family, relationships, community, and love. Anyone who knew Edgar saw how he modeled these values through his actions.  He prioritized the time required to build and maintain his relationships with members of his family, community, and church. Edgar was also known for his warmth and generosity. Suzanne recalls the times he tended to her when she was sick, and the funny and endearing songs he would teach to her as a child. Jesse remembers the times that Edgar helped at the family restaurant, asking for nothing in return. His grandchildren look back on the conversations they had with him during the endless amount of time he spent driving them to and from school, practices, appointments, and all manners of other activities, always with NPR or classical music playing on the radio. He tended to each member of his family in unique and special ways.  Edgar also spent much of his life volunteering his time to benefit his community and church. In San Antonio, he volunteered many of his nights at the Good Samaritan Center men’s shelter. In Tulsa, he continued this practice by volunteering at the John 3:16 Mission men’s shelter. His church community was a very important part of his life, and a topic he wrote endlessly on, whether at St. Marks in San Antonio, Church of the Holy Spirit in Tulsa, or the other parishes throughout his life.

His grandchildren remember Edgar, their Papa, for the love, guidance, and support that he provided to them throughout their lives. He passed on his love of history and music to each of them. However, more importantly he provided his time. He was an ever-present fixture and force in their lives, encouraging them when they were low and reveling with them when they were high. He was incredibly proud of all three of them and so excited to see all of them succeed in life in their own unique ways.

Edgar’s hobbies included card games, puzzles, chess, and fishing. He taught each to his grandchildren. He also spent many happy days fishing with his sister’s husband and wife’s brothers. Edgar may hold the record for the number of Freecell games played on the computer in a lifetime.

For all his life Edgar considered San Antonio to be his true home, therefore his family takes comfort knowing that he is at peace and going back home to be with his parents at Fort Sam Houston where his wife Pat will join him when she is ready.

Mr. Sneed will be buried in San Antonio, Texas at Ft. Sam Houston National Commentary. The burial will be on Friday February 3, 2023 at 10:15.

To send flowers to the family in memory of Edgar Pauling Sneed, please visit our flower store.