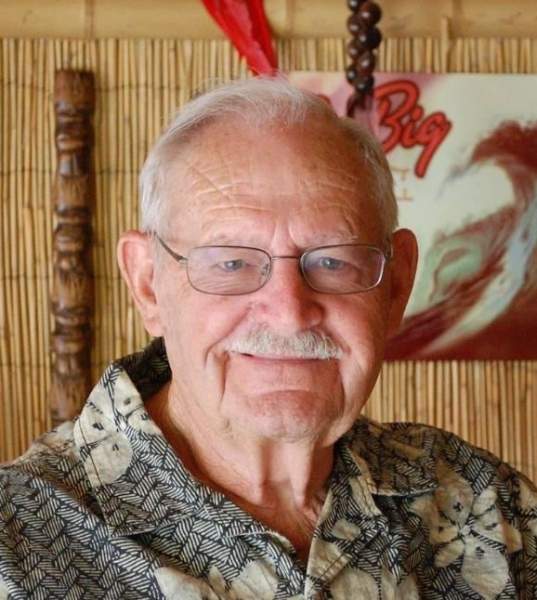 Our beloved father, husband, grandfather, great grandfather, brother, uncle and friend, Edwin Lyle Glover, passed away peacefully, June 11th, 2022 in Florida at the age of 91.  He was born on May 14th, 1931. He married the love of his life, Claudia Quinn on February 17, 1952. He proudly served in the navy and is a Korean War Veteran. His career was that of a doctor of Optometry. Married life was spent mostly in San Pedro, CA. Later in life they were in Ogden, Utah for 14 years before moving to Pembroke Pines, Florida for these last 2 ½ years.  He was a man of many talents and interests. He also contributed his time to many organizations to better the human race. His treasured passion was time spent in his boat sailing the oceans. Being the son of a naval band leader, he loved music and played trumpet. In his later years he served as a military honor guard at funerals of military veterans.

Edwin is survived by his wife Claudia; children, Don (Mary) Glover, Gary (Kimlynn) Glover, Carolyn (Rene) Falero, sister, Monalynn (David) Thompson and brother David (Linnea) Glover.  He was blessed with 12 grandchildren and 11 great grandchildren. He was preceded in death by his parents, John and Mona, and his brother John.

A memorial service will be held on Saturday, July 9,2022 at 1:30pm at the First Presbyterian church, 880 28th Street, Ogden, UT. He will be laid to rest at Leavitt’s Aultorest Memorial Park in Ogden. If you attend the service we ask everyone to wear blue, his favorite color.

To send flowers to the family in memory of Edwin Lyle Glover , please visit our flower store.