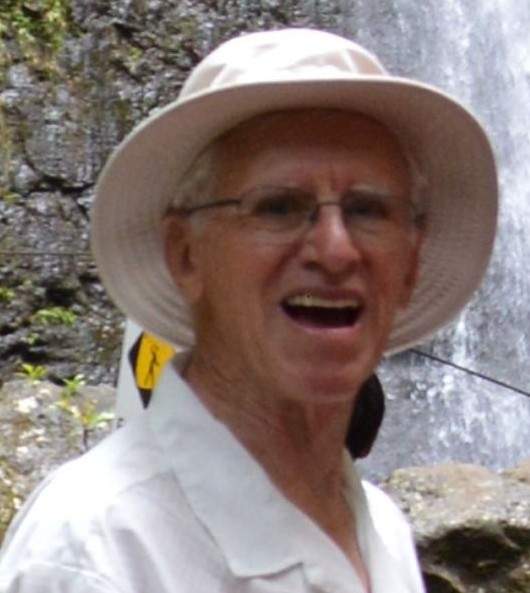 Ed was born March 24, 1931, to Edwin O. and Jessie A. Stene in Minneapolis, Minnesota. He graduated from University High School, Lawrence, Kansas in 1949. He earned a degree in Geology from the University of Kansas in 1954. Ed served in the Army 1954-56, after which he earned a Law degree from the University of Kansas in 1959.
Ed married Sally Louise Cheyne on November 24, 1961, in Wauwautosa, Wisconsin.
Ed worked in various positions with the Federal Government spending most of his career in contracting and procurement with the U.S. Forest Service. He retired from Federal service in 1990. After retirement, he spent time in sales and working on his favorite hobbies, re-finishing old cars and expanding his already sizable train set.
Ed was active in many organizations including the Masons and Shriners. Ed was a member of the Elks Lodge for over 30 years and held several positions in the Elks including Exalted Ruler.
Ed is survived by Sally, sons Stephen and Eric, grandsons Colter and Kevin, and two great-granddaughters.
Ed is preceded in death by his father Edwin O. Stene and Mother Jessie A. Stene.
A Graveside Service will be held at Leavitt’s Aultorest Memorial Park, 836 36th St, Ogden, UT 84403 on Tuesday, May 18, 2021, at 11:00 a.m.
In lieu of flowers, the family asks for donations to be made payable to the Golden Spike Elks Lodge #719, P.O. Box 225, Roy UT 84067. Donations will be for the Elks National Foundation and Veteran’s Program in honor of Ed’s long association with the Elks.

To order memorial trees or send flowers to the family in memory of Edwin A. Stene , please visit our flower store.