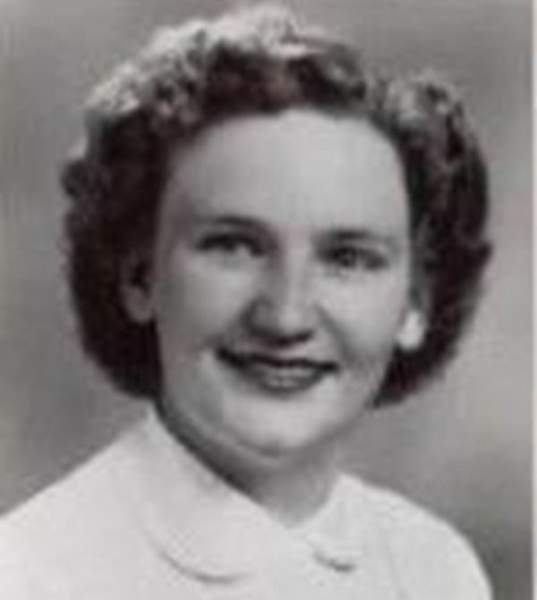 Elaine Hansen Wilde went to join her loved ones on the other side of the veil on October 27th, 2021. Preceding her in death and greeting her there are her beloved husband, Kenneth James Wilde, to whom she was sealed in the Logan Utah Temple of the Church of Jesus Christ of Latter-Day Saints on August 3rd, 1950, and with whom she was blessed to spend 66 years of marriage until his death on August 17th, 2016; her first child and daughter Janice, whom she only had for a brief 11 days; her second son Kevin; her granddaughter Miah Wilde; her parents James C. and Aleen Hunsaker Hansen, to whom she was born on April 15th, 1930, in Kanesville (now West Haven), Utah; and all of her siblings, namely Golda Thomas Decker Morrison, Nyron Thomas, James C. "J. C." Hansen, Lenore Hansen Brown Spencer, and Melvin Hansen.

Elaine grew up and was educated in Kanesville and attended Weber High School in Ogden. After her marriage, she remained in Utah for seven years—except for a brief time in Georgia while her husband was undergoing military training during the Korean War. In 1957, she and her young family moved to Seattle, Washington, where her husband obtained employment with the Boeing Airplane Company. The family remained in Seattle for over 40 years, most of the time in the same home in West Seattle. She was a devoted, full-time homemaker to her family of six children and later was a daytime caregiver for several of her grandchildren for many years. After her children started their own families, she particularly enjoyed regular gatherings with her extended family living in the Seattle area.
Elaine carried on a multi-generational legacy as a faithful, lifelong member of her church. She and her husband served as volunteer workers in the Seattle Washington Temple for many years. They also served an 18-month full-time senior mission at the church's Family History Library in Salt Lake City. After their mission, they lived several years in Black Diamond, Washington, after which they resided in Redmond, Washington. A couple years after her husband's death, Elaine moved to Pineview Assisted Living in Eden, Utah, where she lived her last three years.
A special thank you goes to her dear niece Klea Hansen Pribble, her husband Clair, the nurses of Independence Home Health and Hospice, and the staff of Pineview Assisted Living who faithfully attended to Elaine during her last years in Utah.
Elaine is survived by her eldest son Doran (Cathleen) Wilde of Orem, Utah; her son Kevin's widow Janice Wilde Neumiller of Seattle; her son Leon (Rebecca) Wilde of Arnold, Maryland; her daughter Ilene (Richard) Jones of Lynnwood, Washington; her daughter Noreen Wilde of Methow, Washington; and her son Ryan (Ligia) Wilde of South Amboy, New Jersey; 23 grandchildren; 41 great-grandchildren; and many nieces, nephews, and other relatives.
Services are to be held at Leavitt's Mortuary, 836 36th Street, Ogden, Utah on Saturday, November 13th, 2021, at 11:00 a.m. with a viewing prior to service from 9:45-10:45, after which she will be interred in Leavitt's Aultorest Memorial Park next to her eternal companion Kenneth, her infant daughter Janice, and her parents.

To order memorial trees or send flowers to the family in memory of Elaine Hansen Wilde, please visit our flower store.