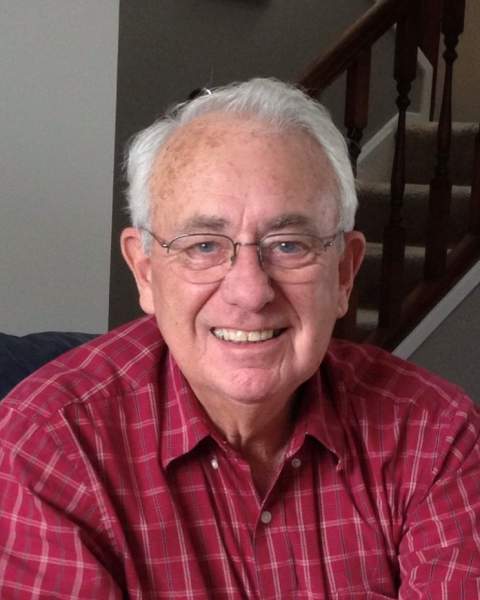 On November 8, 2022, our loving husband, father, grandfather and loyal friend passed away.  Although he battled Alzheimer’s for 8 years, he brought us all joy and happiness for 80 years.  Eldon was born to George and Bernice Penhorwood at home in a small town in Kansas on January 19, 1942.

Eldon spent most of his youth in Utah and graduated from Weber High School.   Eldon worked as a car mechanic for Tubb’s in Roy while attending Weber State.  He sold his precious Mustang to pay for college and became the first in his family to earn a bachelor’s degree.  Eldon remained a dedicated Wildcat fan and held WSU basketball season tickets for over 25 years. He loved taking his children and grandchildren to the games –and always made sure they had plenty of popcorn and Red Vines.   Eldon was recruited by the FDIC immediately upon graduation and worked for 30 years as a bank examiner.  He took pride in his career and developed many close friendships.

Eldon met his wife Judy in California and after a short courtship, they were married at Our Savior’s Lutheran Church.  During their 51 years together, they raised 3 children and spoiled their 7 grandchildren.  Eldon was a humble, intelligent man who instilled many important values in his children.  He enjoyed the simple things in life, particularly a good steak and potato dinner, a glass of red wine, homemade vanilla ice cream, and time with family and his beloved lab.   Eldon was an avid golfer and shared many rounds with friends and his daughter Sara and son-in-law Woody.  Eldon would do anything for his children; including hunting with his son Steve or insisting his daughter Ann knew how to change a tire before venturing out on her own.

Eldon was preceded in death by his parents and his four siblings.  Eldon leaves behind his wife Judy, his children Steve (Kim) Penhorwood, Ann (Sam) Luoma, and Sara (Woody) Wood.  He also leaves behind his “handsome” and “beautiful” grandchildren; Bailey, Wade, Will, Patrick, Luke, Jill, and Joe.

Memorial services will be held on Friday November 18 at 11 am at Leavitt’s Mortuary, 836 36 St, Ogden Utah.  A Visitation will occur from 9:45-10:45 and a celebration of life reception will occur immediately after the services.

In lieu of flowers, consider a donation to the Alzheimer's Association or a struggling college student.

His family would like to thank Inspiration hospice especially nurses Alishia and Taylor.   The family also thanks the amazing staff at The Lodge in North Ogden for their compassionate, respectful care of Eldon over the last 2.5 months.

Eldon will be dearly missed, but we all know he is now driving his Mustang again, playing golf with his brother, and smiling his big “Penhorwood Cheesier” with all those that went before him.

To send flowers to the family in memory of Eldon Darrel Penhorwood, please visit our flower store.