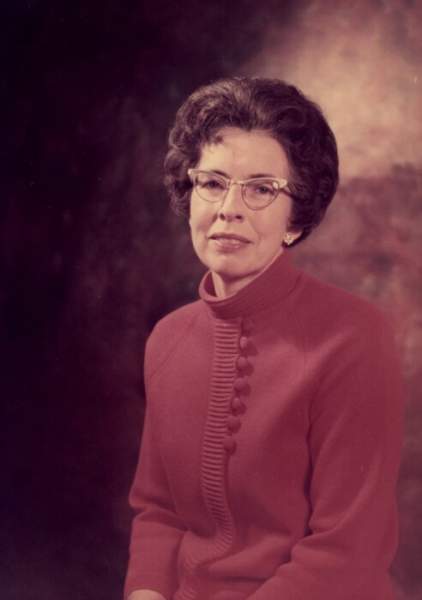 Elna Cobabe was born at home on a hot July day in 1926, the fourth child and third daughter of Frederick James Cobabe and Hazel Hudman Cobabe. Everyone but her mother was wishing for a boy. Her father owned sheep and was a rancher, and even as a toddler, she went with her mother to the ranch in Eden to cook meals for the shearing crew. When she was old enough to help, she fed motherless lambs from a bottle.

Elna attended school in Slaterville, Utah, in a three-classroom schoolhouse. It had a dirt floor but indoor bathrooms—one just had to go outside to get to them. There were seven students in her grade, and she dearly loved her friends and teachers.

In seventh grade, she contracted a strep infection, which developed into rheumatic fever.  She spent nine months confined to her bed, watching life go past outside the big window in the living room, where her mother had moved her bed to prevent her from being completely isolated. She was left with a damaged heart valve but considered herself fortunate to have survived.

She attended Weber High School, and by her senior year, many of the boys she had gone to school with had already enlisted in the Armed Services. When recruiters visited her high school business classes in March before her graduation, begging for students to take part-time typist work at what would become Defense Depot Ogden, she and a friend volunteered. She worked part-time until her graduation, then full-time, six days per week, with Christmas as the only holiday, until VE day. She worked at the Depot for four more years after the War’s end.

She met John James “Jack” Lucas after the War while on a date with one of his friends, and they married January 28, 1947, in the Salt Lake Temple. Jack and Elna lived the first two years of their marriage in her parent’s basement. Jack built one home in Ogden, where they lived for six years, and then another in Slaterville, where they spent the remainder of their lives. They raised two daughters, Lynette and Sheila.

When her daughters entered college, Elna again put her secretarial skills to work, first at the Ben Lomond Seminary, then at Weber State College.  She deeply desired further education, even at her “advanced age.” With much trepidation, she took the ACT test, and when she did quite well on it, she began taking classes and continued after her retirement. She received her Associate's Degree in 1996 and then continued to take classes that interested her.

She served in the LDS Church all her life, and Primary callings were her favorite.  She set up and directed the Family Records Extraction Program in her stake and taught Gospel Doctrine.  She and Jack served for many years as part-time service missionaries at the Joseph Smith Memorial Building. In her civic life, she volunteered as the Marriott-Slaterville City historian after its incorporation.

Elna began traveling with her family as a young child, visiting the national parks and sites of interest all over the western United States.  Jack loved travel, too, and together they visited 172 countries on seven continents. She made her final international trip to Cuba in 2017, after Jack’s death. Year after year, they took friends and family to explore the canyons of Lake Powell, eventually making more than 70 trips. Travel filled her need for new sights, sounds, and knowledge, and she loved coming home to Slaterville best of all. From all she saw in her life, she developed a deep commitment to historical preservation (both broadly and for her own family stories), to conservation, to human rights, and to education.

She is survived by her daughters Lynette (Joe) Deru of Marriott-Slaterville City and Sheila (Bill) Armstrong of Cottonwood Heights, and by her 10 grandchildren and 20.5 great-grandchildren.

Her family thanks the staff of Seasons Assisted Living and Encompass Hospice, who cared for her over the last year of her life and arranged for her to spend her final hours in her home surrounded by family.

A Private Service for immediate family will be held at Leavitt’s Mortuary on Tuesday, November 3, at 2:00 pm.

The services will be available online at www.leavittsmortuary.com

To order memorial trees or send flowers to the family in memory of Elna Lucas, please visit our flower store.