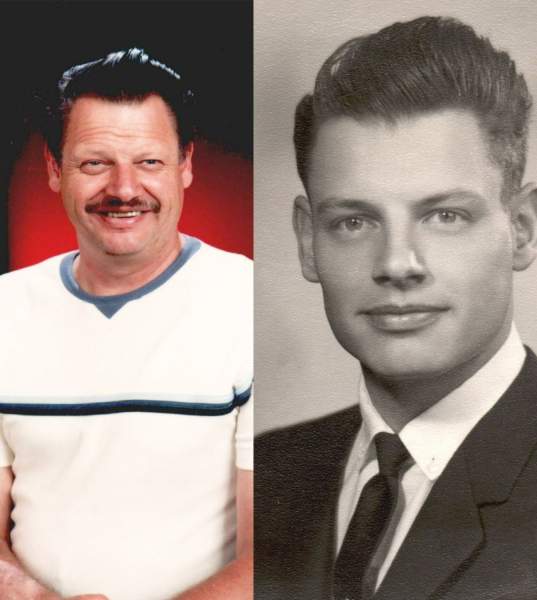 Farrell Ted Blanchard returned home to heaven to be with his parents March 19, 2022, due to causes incident to age.  Farrell was born April 20, 1936 in Driggs, ID to Ted and Louise.  He was the 2nd of 4 children and the only brother to his sisters Marilyn, Renae, and Judy.

Farrell spent his youth in Victor, Idaho in the shadow of the Tetons working hard on the farm with his dad and uncles, milking cows and raising sheep among other chores.  Farrell grew up with a love and talent for music with both his mom and dad being accomplished musicians.  Farrell played the piano in his dad’s band as they played for dances throughout Southern Idaho.  Farrell’s love of music continued throughout his life.  He would play the piano, guitar, harmonica and sing at many family gatherings, in the Eagles Club and just about anytime his grandkids came to visit.  Even in his last years when he lost function of his right hand and the ability to play, he would continue to sing to anyone and everyone.

Farrell suffered overwhelming sorrow at age 11 when his mother passed away unexpectedly while pregnant with her fifth child.  Although his father later remarried and Farrell gained a couple step-siblings, he would get emotional throughout his life whenever his mother was brought up in conversation.

After graduation, Farrell attended both BYU and Ricks College while spending summers working at Teton National Park with his close friend Lynn Johnson.  He often talked fondly of the summers working for the Park Service.  He subsequently enlisted in the US Navy and served four years active duty.

In 1964, Farrell married Siv Ottosson, a young Swedish immigrant he met at a church dance in Salt Lake City.  They spent most of their married years in Brigham City and had eight children together.  They divorced after 20 years of marriage.  Farrell was proud of his family and loved his children and grandchildren and up until the day before he passed would always make a special effort to introduce them to friends, acquaintances, nurses, or anyone present, and often got emotional doing so.  He loved photos and would take and share photos with everyone. Farrell graduated from Weber State College and was employed as electronics engineer at Hill Air Force Base for over 30 years developing radar diagnostic equipment for F-16s.

In 2000, Farrell married Lois White Dunn.  They made their home in Ogden and enjoyed over 20 years of companionship, traveling to different destinations as well as dancing and performing at the Eagles Club.  Lois passed away just over six months ago.   Farrell was a life-long member of the Church of Jesus Christ of Latter-Day Saints and spent many years serving as priesthood pianist.

He was preceded in death by his parents and his younger sister Judy. We appreciate the loving care provided to our dad by home health care, the nurses and staff at Maple Springs, and his hospice caretakers.  We have no doubt that Farrell is making music with his mom and dad again!

To order memorial trees or send flowers to the family in memory of Farrell Ted Blanchard , please visit our flower store.