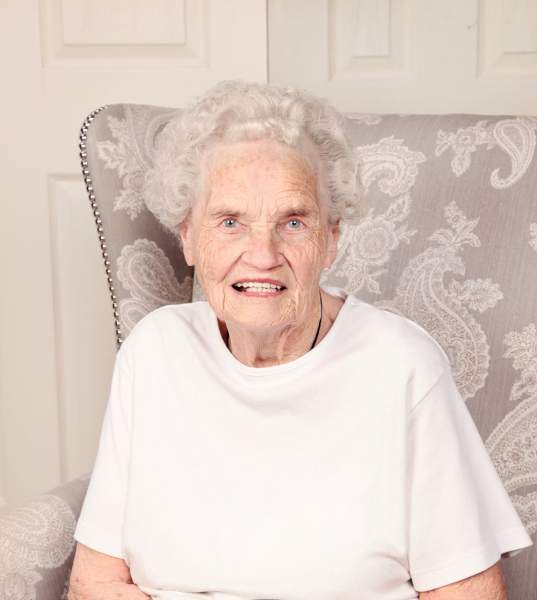 Fay Cramer Stuart passed away on August 10, 2021, just 13 days following her 94th birthday. As her children, we are grateful for the blessing of having this remarkable daughter of God we called mother in our lives and have seen the Lord's hand and blessing in her final days.

She was born July 28, 1927, in Ogden, Utah to Olvie and Emily Lorretta Cramer, the middle child of five siblings. She attended schools in South Ogden, graduating from Weber High School in 1945 and Weber Jr College in 1947.
Fay Cramer married Claude Elliot Stuart Jr. on June 2, 1949, in the Logan Utah Temple. They made their home in Uintah where their marriage was blessed with three sons and a daughter.
Mom worked at First Security Bank and the post office as a mail carrier for Route 4 for many years. She knew everyone on her route, and we remember the occasional ride alongs on the postal route when we were kids. She started working at Bell Photographers in 1967 for the founding owner and continued to work there for 45 years and three generations of owners. In her later years, she worked during the busy season and then part-time. She officially retired in her 85th year of life.
Mom was always involved in church and the community of Uintah. She was a faithful member of the Uintah First Ward and served in all positions from cub leader to relief society leader, teaching and serving others. She was a faithful visiting teacher, where she served many years as a companion to her daughter, Susan. Mom also accompanied Dad on many home teaching visits as his companion and supported Dad in his church responsibilities. She served as coach to numerous baseball teams and as the primary chauffeur for the team as we all piled into the back of the truck to go to games. She spent hundreds of hours volunteering at the U-Day celebration, making food and doing the background preparations to make that day be successful. She also worked on the farm, spending countless hours picking cherries, apples, peaches, pumpkins, and hundreds of buckets of raspberries. She was a friend to everyone she met and served all she came in contact with.
She was preceded in death by her parents, three brothers, and her eternal companion, Elliot.
Surviving are her sister Joyce Stephens, sister-in-law Carole Cramer, sons Mark (Chris), Carl (Paula), Paul (Danette), and daughter Susan; six grandchildren and sixteen great-grandchildren.
Funeral Services will be under the direction of Leavitt's Mortuary and will be held Monday, Aug 16, 2021, at 2:00 pm a.m. at Leavitt’s Mortuary - 836 36th St, Ogden, UT.
The Funeral will also be broadcast live beginning at 2:00 p.m. CLICK HERE FOR LIVESTREAM
Friends may visit with family on Sunday from 6:00-8:00 p.m. and on Monday from 1:00-1:45 p.m. at the Leavitt’s Mortuary.
Interment at Uintah Cemetery.

To order memorial trees or send flowers to the family in memory of Fay Cramer Stuart, please visit our flower store.