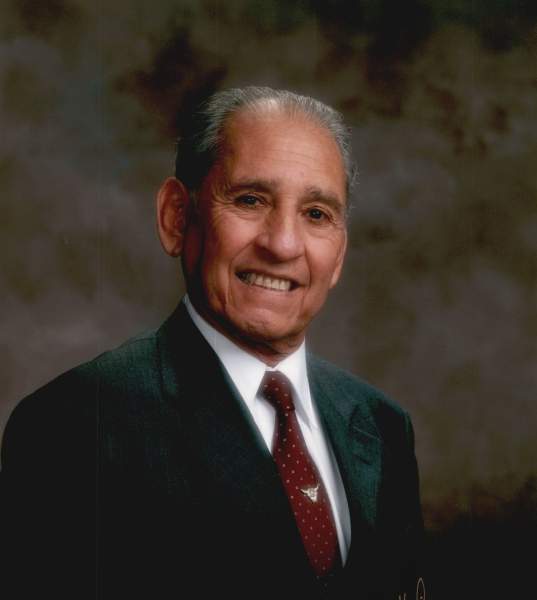 Fred Galvez, son of Fred and Flossie Garcia Galvez died 2 September 2021. He was

born in Mogota Colorado on the 24th day of July 1924. Fred was one of ten children born to Fred and Flossie. They were Bertha, Pauline, Fred, Rozella, June, Harvey, Willis, Arthur, Phyllis, and Donald.

Fred served in the US Navy in World War II. In 1950 he was called back into service, and he served during the Korean Conflict.

Fred was active in the Church of Jesus Christ of Latter-Day Saints. He was ordained High Priest by Harold B. Lee in 1953 and became Bishop of the 44th Ward,
Mt. Ogden Stake. He gave countless hours of service in many callings, but Fred's favorite was Scout Master.

Fred was employed as Ogden Division Manager for Mountain Fuel Supply. He also served in many leadership capacities in the Ogden business community such as: Member of the Board of Vocational Advisory, council of Weber State University, Executive Committee, member of the Board of Trustees of McKay-Dee Hospital, and President of the Bonneville Dialysis Association. Fred was always giving service to others

Fred married Lora Dean Taylor-Priest on 23 June 2006 in Ogden City. They were sealed in the Logan Temple six years later.

Graveside services and military honors will be held for immediate family only.


The family would like to extend a special thanks to the staff of Canyon Hospice.

To order memorial trees or send flowers to the family in memory of Fred Galvez, please visit our flower store.