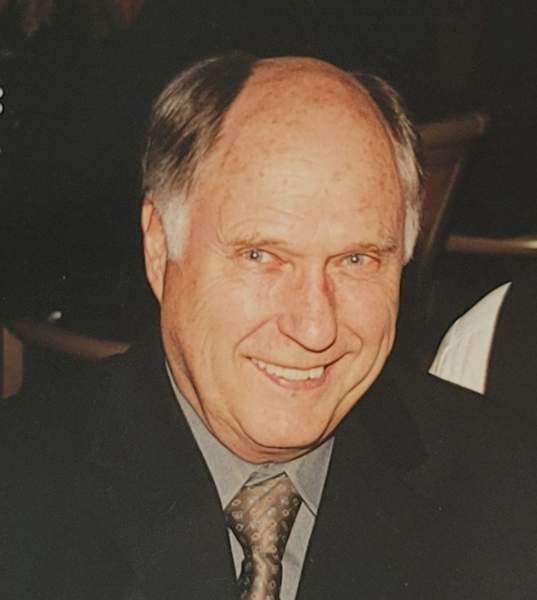 Gary Lee Evertsen joined the wind spirits on July 29th, 2021. He was surrounded by his family and passed with ease and humor even up to his last few days.

He is preceded in death by his parents, Lila May and Jack Evertsen, his biological father, Glen Pusey and his little brother, Doug.
He is survived by his older brother Lyle and his four younger sisters, Sue, Mazie, Pam and Pat. Also surviving are his kind and loving wife of 61 years, Darlene See Evertsen and their four children, Greg (Tessa), John (Trish), Joan (Jay) Schroeder and Jill (James) Young, and daughter in law, Kristin as well as 18 grandchildren and six great grandchildren.
Gary lived a very full life and all who knew him enjoyed him and loved him. Gary had a love of nature, hard work, inventing, and his family and often combined all four loves to create unforgettable experiences.
Gary was generous, always helping others in quiet ways, never seeking attention for his generosity. From the “magic money machine” to sharing his harvest with the neighbors, from his days as an Eagle Scout to helping his children with college and houses, his generosity never ended.
Gary was the king of one liner jokes! He always had something funny to say. Even in serious matters, he was the one to make other people laugh. He especially loved making his grandchildren giggle, often sharing jokes and tricks that still make us laugh.
Gary’s influence will remain in Ogden through the projects he worked on as an electrical foreman, most notably, the Dee Events Center. He was very active in the local organization of the IBEW (International Brotherhood of Electrical Workers) and enjoyed the friendships he built there.
Together with his wife Darlene, he impacted the lives of thousands of children in northern Utah through their childcare centers. Affectionately named Mr. Gary, he took pride in knowing that his centers provided a kind, loving and happy place for the children to be.
Gary had the mind of an inventor and the soul of an entrepreneur. Often restless with the way things were, he would get to work inventing to fix problems or create opportunities. He was often found in his shop thinking up some invention or idea. As a result, he has multiple patents recorded and hundreds of other ideas stored in his spiral notebooks that he carried everywhere.
Above all, he loved his family. At his direction, the family built a cabin together in Idaho that continues to be loved by the future generations. Many of his descendants are following in his footsteps with his love of the trades, nature, entrepreneurism, and family. He will be dearly missed, but never forgotten. His influence is alive and well through his children and his legacy.
Deep appreciation goes to the Ogden Applegate Hospice team of Annette and Brynn that helped Gary live out his last days. In lieu of flowers, please make a donation to Applegate or the Shriners Children’s Hospital.
Friends and family are invited to join in a Celebration of Life at Leavitt’s Mortuary located at 836 36th Street in Ogden on Tuesday August 3rd from 11:00 am to 1:00 p.m. – with visitation from 11:00-11:45 a.m.

To order memorial trees or send flowers to the family in memory of Gary Lee Evertsen, please visit our flower store.