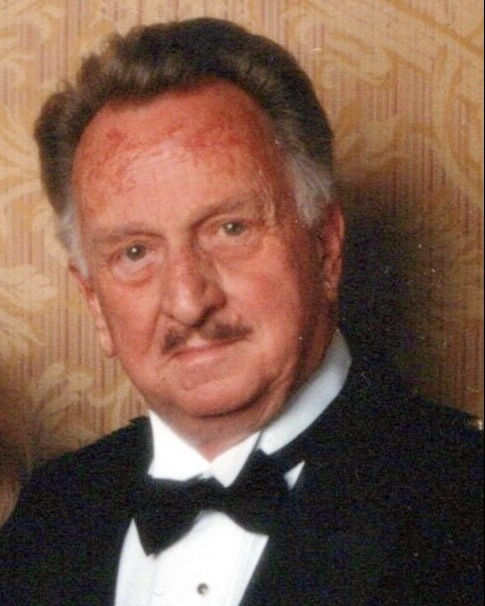 Glenn Harris Robertson, 97, a lifelong resident of Ogden, Utah passed away peacefully on Sunday, December 4, 2022, from causes incident to old age.  Glenn was born on a snowy day in Ogden, Utah on January 5, 1925.  Born of loving and caring parents, Gerrald Grant Robertson and Dorothy Harris, Glenn was the eldest of five sons, Dale, Wayne, Kenneth and Grant who died as a baby.  Glenn was proud of and often spoke of his pioneer ancestors, their faith and trials.  His paternal great grandfather, John Robertson, was one of five brothers that immigrated from Scotland.  His maternal great grandfather and grandmother, Martin Henderson Harris and Louisa Sargent Harris, were Utah pioneers and settled Harrisville.

Glenn graduated from Ogden High School and in 1946 Glenn received and accepted a call to the Spanish-American Mission where he served for two and a half years.  This is when he began his lifelong love for the language, food, customs, and music of the Mexican people.  After returning home he was called to the Ogden Regional Mission where he served for five years.  Upon completion of that mission, he served for three years in the Branch Presidency of the first Spanish Speaking Branch in Ogden.  He was a High Priest in the Church of Jesus Christ of Latter-day Saints.  He accepted Jesus Christ as his personal Savior and had an unwavering testimony of the Gospel and the truth of the Book of Mormon.  He accepted many callings in the Church: bishopric, and ward and stake, and was a faithful home teacher.

After his mission, Glenn met and courted the most beautiful and talented girl to immigrate to Ogden from England after World War II, Hazel Dawn Oates.  A year after meeting, they were married on June 21, 1950, in the Salt Lake Temple by David O. McKay, a friend of the family.  They were loving parents of one daughter, Gayla Dawn, and three sons, Brett, Quinn and Regan.

Glenn worked at the Credit Bureau of Ogden for 43 years.  He was a Certified Credit Executive and was manager and CEO of the Credit Bureau for 25 years before retiring.  He was given the opportunity to move several times, but always said, “Ogden is my town and I’m not moving.”  He often exclaimed about the beauty and closeness of the mountains, changing seasons, and breathtaking sunsets.  He remembered the vibrancy of Washington Boulevard, before the malls, the many specialty shops and shoppers.  Everybody seemed to know everybody.  He was active in civic affairs.  He was a member of the Chamber of Commerce and was President of the Ogden Rotary Club and was a Paul Harris Fellow.  He served as President of Associated Credit Bureaus of Utah and served on the Board of Directors of Associated Credit Bureaus of America in Houston, Texas.

Glenn and Hazel traveled extensively in the U.S., Canada, Mexico, Hawaii, Spain, England and Scotland.  He found his Scottish kilt with the Robertson Tartan in Dumfries, Scotland, which he proudly wore at every special occasion whenever he had the opportunity.

Glenn was preceded in death by his parents, brothers Dale, Wayne and Grant, and his sons Regan and Brett.  He is survived by his wife, Hazel, his daughter Gayla (Randy Favero), his son, Quinn, and daughter-in law, Cheryl Robertson, six grandchildren and fifteen great grandchildren.

A special thanks Dr. John Hemmersmeier, Angie, Rileigh and Bailey of Symbii and the staff of Avamere at Mountain Ridge for the wonderful care they provided to Glenn in his waning months.

To send flowers to the family in memory of Glenn Harris Robertson, please visit our flower store.