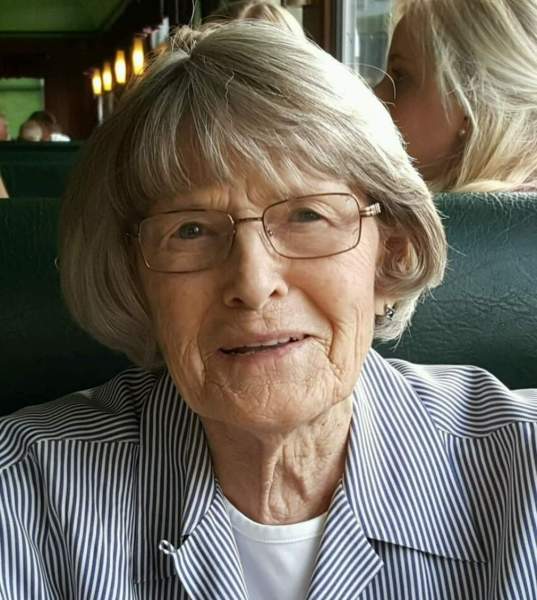 Gloria Louise Stone Weller peacefully passed away on Monday, June 27th, 2022, surrounded by family members at the Blacksmith Fork Assisted Living Center in Hyrum.  Gloria was born on November 9th, 1930, to Earl William Stone and Charlotte Lorraine Kafton of Carlin, Nevada.  As a child she learned the value of hard work, as her father had passed away the day following her birth.  Her mother taught in Elko County Schools and attended USAC in Logan during the summer months. Gloria spent time on her grandparent’s farm near Corrine and later in Ogden when her grandparents moved there.  Gloria graduated from Carlin High School in 1949; about the same time, she met Eugene Weller on one of her stays in Ogden.  Gloria and her mother later moved into Ogden while Gloria and Eugene’s romance developed.

On August 14th, 1950, mom and dad were married; their marriage was later solemnized in the Salt Lake Temple on their anniversary in 1972.  Gloria worked as a legal secretary while dad worked first for the Union Pacific Railroad and then shortly after for United Airlines.  When dad’s job transferred him to Santa Barbara, California, mom found work at Curtis Wright Aviation.  It was at this time that their three sons, Friend, Mark, and Gene, were born.  With another transfer for dad to Los Angeles, mom managed and worked for a home secretarial pool spending nights typing legal documents transcribed from courier-delivered recordings.  In 1974, Gloria joined the fledgling staff at Engstrom and Lipscomb, a legal firm near downtown Los Angeles specializing in general aviation litigation.  Until her retirement at age 88, Gloria managed the interoffice and company affairs of Engstrom, Lipscomb, and Lack from her office overlooking the Beverly Hills Golf and Country Club.

In 2002, Gloria began telecommuting from her new home office when she and dad moved back to Utah to their dream home in Layton overlooking the Great Salt Lake.  Dad passed in 2008 while mom continued to work for another decade.  In her retirement, Mom enjoyed the company of her neighbors and the views from her sunroom.  Gloria recently moved to Hyrum where she was able to make new friends and receive the care that she needed.  Our family thanks the staff at the Blacksmith Assisted Living Center in Hyrum, mom’s new friends there, her friends in Layton, and our long-time friends in Los Angeles for their love and companionship over the years.  She is survived by her sons Friend (Alissa Floyd) of Hyrum, Utah, Mark (Tina Abelardo) of West Hills, California, and Gene (Ikuko Yamato) of Sugar City, Idaho, ten grandchildren, and six great-grandchildren.

She was preceded in death by her husband Eugene Alden Weller, and two grandchildren.

In lieu of flowers, the family respectfully asks that you contribute to your favorite charity.

To send flowers to the family in memory of Gloria Louise Stone Weller, please visit our flower store.