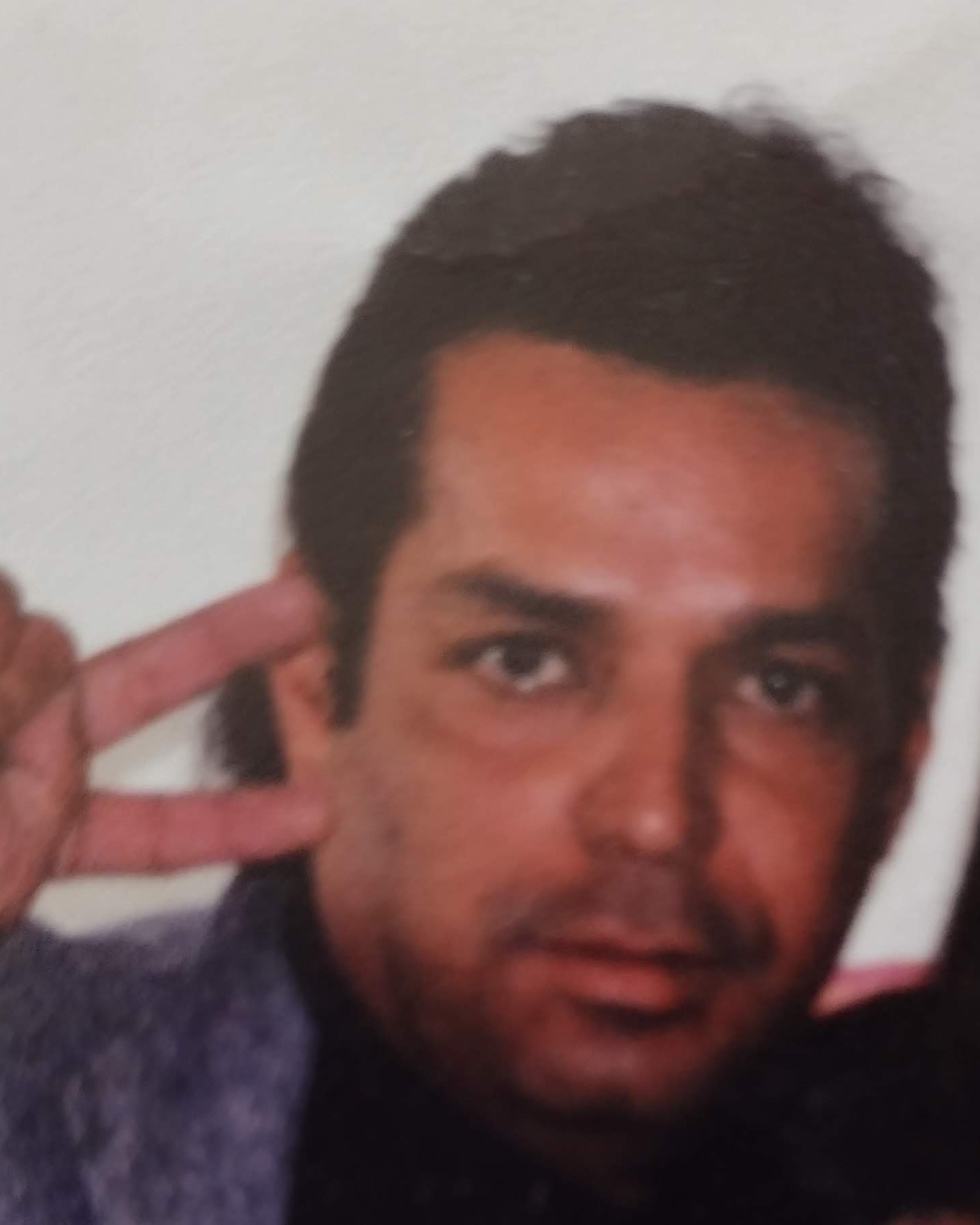 Gregory, "Greg" Matthew Nevarez, 62, of Ogden passed away on November 9th, 2022 with his best friend, his son Richard, by his side. Greg was born on December 20th, 1959 to Kenneth Nevarez and Jenny Samora at St. Benedict's Hospital. Greg was a very knowledgeable man that learned many skills in life from carpentry, to factory work in various companies in Ogden. Greg was a gentle, quiet man that loved everyone. He loved his kids, Elizabeth, Jennifer, and Richard and was proud to claim them. He was always willing to help anyone out- even if it was his last dime. Greg had a cool, laid back approach to life's problems and always had a humorous response that could brighten up anyone's day. He had a special love for his Grandma Nellie, and Aunt Naya. Greg's special interests were, fishing, hiding out by the river, playing the guitar, and listening to music. Greg loved being with his family and friends eating good food watching the Cowboys play. Greg enjoyed community and walked the streets of Ogden and riding the bus around town. Greg was one in a million, and he will be missed by all that knew him. What a special person. Greg was predeceased by his Grandma Nellie Nevarez, his dad Kenneth Nevarez, his brother Kenny Nevarez, and his nephew Lil Kenny Nevarez. Greg is survived by his mother, Jenny Samora (Lorenzo) Hayden, his sister Star (Vince) Penoyer, brother Matt (Lisa) Nevarez, his brother Manuel (Diedra) Nevarez. Greg's children, Elizabeth Nevarez, Jennifer (Carlos) Ibarra, and his son Richard Sanchez. Greg's grandkids that he loved: RiqueeAnne, Kingston, and Zephaniah Sanchez. Greg loved all his friends and considered them all family so if your name isn't here- don't worry- you are in his heart. The family would like to extend a gracious thank you to the wonderful, caring staff at Mountain View Health Services in South Ogden. Thank you for caring for our Greg. Also a big thanks to Suncrest Hospice for being such a great help to our Greg! A service will be held at Leavitt's Mortuary 836 36th street in Ogden on Saturday, December 3rd, 2022 at 11:00 am. In lieu of flowers, go and visit someone you love and spend time with them. "We knew no time for sadness, That's a road we each had crossed, We were livin' a time meant for us, And even when it would rain we would laugh it off..."  Pieces of April by Three Dog Night. We love you Greg!

To send flowers to the family in memory of Gregory "Greg" Matthew Nevarez, please visit our flower store.