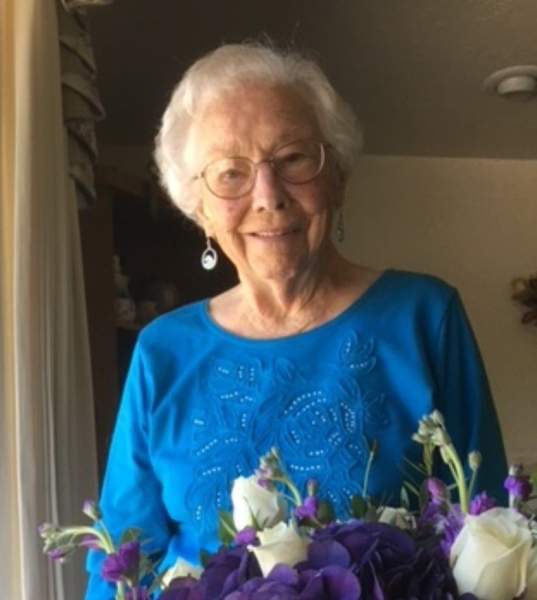 A native of South Weber, UT, Irma Louise Ast was born January 2, 1927. Except for a couple years when she lived in Heber, she lived in Ogden and South Weber. She was called to her Heavenly home on Thursday, January 6, 2022, due to natural causes from a long, active life.

She married Donald Jones. They had two sons, Steven and Scott. They divorced. In 1963 she married Donald D. Ast. They recently celebrated their 58th anniversary.
She loved being outdoors, growing her award-winning iris; but her greatest joy was her family.
Irma was preceded in death by her father, Clarence Nelson, her mother, Selma Munson Nelson, and her son, Scott Jones.
She is survived by her husband, Donald Ast, her son, Steven (Judy) Jones, her daughter-in-law, Sandra Carver Jones, and numerous grandchildren and great-grandchildren.
The family would like to thank the staff of Symbii Home Health and Hospice; especially Bailey and Whitney.
Family will greet friends on Thursday, January 13, 2022 from 1:00-1:45 p.m. followed by a Celebration of Life at 2:00 p.m. at Leavitt’s Mortuary 836 36th Street, Ogden, Utah.
Condolences may be shared with the family at www.leavittsmortuary.com

To order memorial trees or send flowers to the family in memory of Irma Louise Ast, please visit our flower store.