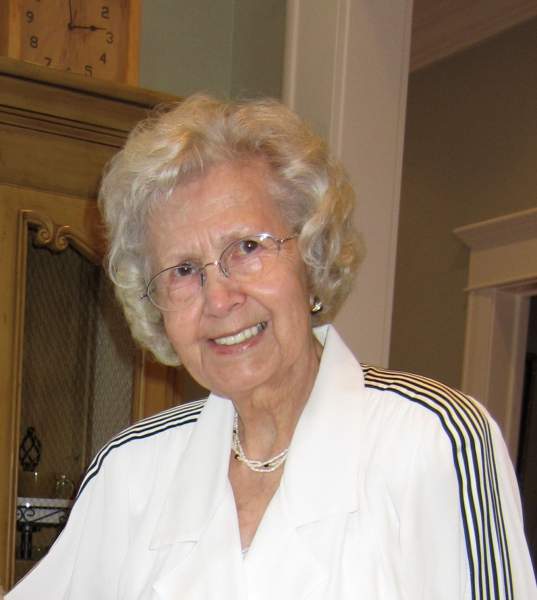 Isolde Lieselotte Tesche Palfreyman passed away on September 4, 2021, in North Logan, Utah at the age of 91. She was born on August 1, 1930, in Breslau, Germany (now Wroclaw, Poland) to Ernst and Frieda Tesche, the fourth of six children. She lived in various locations in Germany during WWII. At the end of WWII, she lived in Ulm, Germany where she worked as a radio specialist. She emigrated to the United States from Ulm in September of 1958.


Isolde joined the Church of Jesus Christ of Latter-day Saints in October of 1956 while living in Germany. She married Robert Grant Palfreyman on September 29, 1958, in the Logan, Utah LDS Temple. (The two had met when he was a missionary in Germany.) She served in many church callings including an ordinance worker in the Ogden and Logan Temples.

She became a US citizen in August of 1963. She enjoyed ballroom dancing, gardening, Christmas traditions, and dressing up in Halloween costumes for the trick or treaters. She was known for her crown jewel salad! She also enjoyed visiting Yellowstone National Park. In the US, she worked as a seamstress, data entry operator, and finance clerk.

After marrying Robert, they lived in Pasco, Washington where their son Richard and daughter Rosevita were born. They later moved to Ogden, Utah where their third child, Karl Robert, was born. In 2003, she moved to Logan, Utah.

She was preceded in death by her daughter Rosevita at 10 months, her son Karl at 22 years of age, her husband Robert in February of 2000, brother Gerhard Tesche, sisters Irene Fuchs, Eva Tesche, and Irma Rhyle. Her siblings were residing in Germany at the time of their deaths.

In lieu of flowers please donate to the Cystic Fibrosis Foundation.

To order memorial trees or send flowers to the family in memory of Isolde Lieselotte Tesche Palfreyman, please visit our flower store.