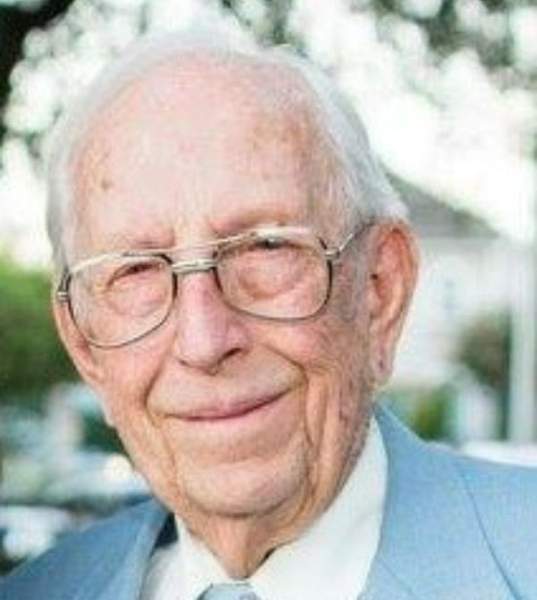 James Bishop Johnston was born on March 25, 1926, to Albert S. And Juanita Campbell Johnston in Lincoln, Nebraska. He passed away peacefully July 11, 2022

From the age of twelve, Jim was very industrious, working in a local grocery store and delivering groceries through high school. He developed an interest and skill in woodworking, winning first place at the Nebraska State Fair with a wood wastepaper basket. In his teens, he worked as a lifeguard and greens keeper at Hillcrest Country Club. He graduated from Lincoln Central High School in 1942 and went on to study at the University of Nebraska. After two semesters, he was drafted into the Navy, but failed the eye test during his physical at Great Lakes Naval Training Center and was mustered out after two weeks. Jim graduated from the University of Nebraska in 1948 with a Bachelor of Science degree in Business with minors in Economics and Chemistry. He was a lifelong supporter of the Cornhuskers.

Jim managed stores for SS Kresge/Kmart for 33 years. From his start in Chicago, he moved on to manage stores in Racine, WI, Rochester, MN, Mattoon, IL, Decatur, IL, and Sioux City, IA. In 1969, Jim relocated to Utah with Kmart and ran the Ogden Wall Avenue store successfully for years. He was a member of the Ogden Golf and Country Club. During his career and into his “retirement”, Jim was very active in civic organizations, including the Chamber of Commerce Exchange Club, Salvation Army and Lions Club.    In 1974, Jim was honored to serve as President of the Utah Retail Merchants Association.

In retirement, he also kept active with the Small Business Administration SCORE Program, mentoring small business owners. He co-founded new businesses in physical and occupational therapy and pain management. In the mid-1970s, Jim learned to fly, earned his private pilot’s license and purchased his own plane.

Jim had an outgoing personality and made many, many friends over the years. We are grateful for his long life.

The family sincerely thanks the staﬀ at TREEO and Rocky Mountain Healthcare and Hospice (particularly Christine Swank) for making Jim’s life and last days as comfortable as possible. Also, many thanks to Jim’s Exchange Club friends and Peter DeBeer for all their support and long friendship.

In memory of Jim please donate to the charity of your choice.

To send flowers to the family in memory of James Bishop Johnston, please visit our flower store.