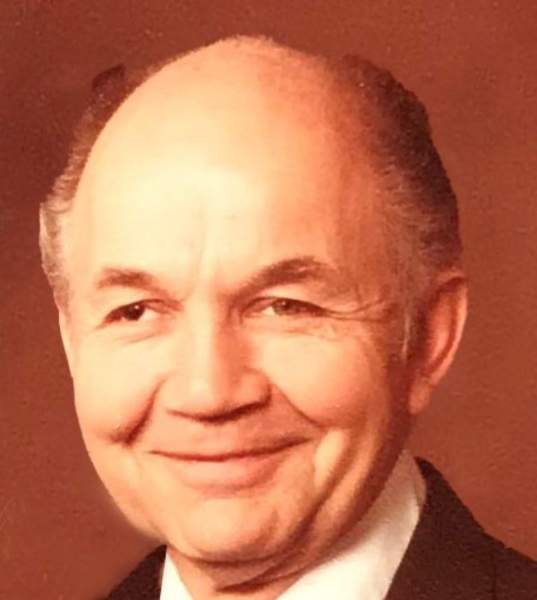 Jerry Fred Wanner, 87, passed away on September 19, 2021, at home surrounded by his loved ones. Jerry was born in Logan, Utah, on October 4, 1933, to Fredrick Dominicus Wanner and Leone Marion Olney.

Jerry graduated from Weber High School in 1951 and Weber State College in 1974 with a Bachelor of Science in Psychology.
He married Gloria Mary Taylor on November 23, 1960, in the Logan Temple for time and all eternity.
Jerry served in the U.S. Army in France for two years. Following his military service, he worked at Hill Air Force Base for 38 years. Although he lost his sight in his right eye in 1961, there was nothing he couldn’t fix or create. He built furniture, their first home, his train shop, scale models, a wooden boat, a camper, and a fifth-wheel trailer. He also ran an autobody shop part-time in his garage, where he rebuilt cars. One of his favorites was a 1963 Ford Thunderbird which he made into a convertible.
He was an avid fisherman. He loved working and playing in his train shop with his boys and grandchildren. He loved to go boating and was an excellent water skier. He enjoyed many adventures with his wife and boys all over the country. He captured these wonderful memories on film and watching slides at Grandpa’s house was a real treat!
After retirement, he and Gloria spent the winters in Yuma, Arizona, with his brother, Robert, and sister-in-law, Marcia. While there, he was called to be in the branch presidency. Jerry was worthy to go and serve whenever he was called on. He had such a love for God and his family and served faithfully in the Ogden Temple Baptistry and many other callings as a member of the Church of Jesus Christ of Latter-day Saints.
Jerry is survived by his loving wife, Gloria of 60 years; his sons Kim Wanner, Cory (Terri) Wanner, Kelly (Sharee) Wanner, Brad (Kristi) Wanner, daughter Deanna Bingham, ten grandchildren, seven great-grandchildren, his brother Robert (Marcia) Wanner and sister-in-law Marsha Park.
Jerry is preceded in death by his parents Fred and Leone Wanner, his in-laws Darrell and Matilda Taylor, and his daughter-in-law Kristi Wanner.
Funeral Services will be held Saturday, September 25, 2021, at 2:00 p.m. with a viewing held from 12:45 – 1:45 p.m. at Leavitt’s Mortuary 836 36th Street, Ogden, Utah.

To order memorial trees or send flowers to the family in memory of Jerry Fred Wanner , please visit our flower store.