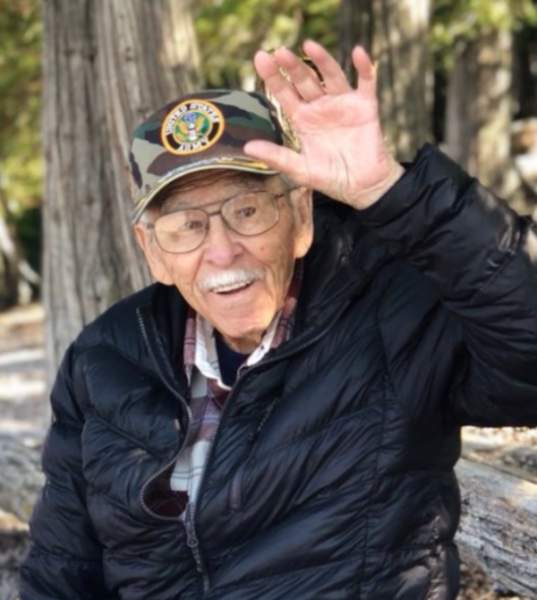 Joe is the oldest of sixteen siblings and lived in Youngsville, New Mexico with Father Herman and Stepmother Georgia. He later moved to Espanola, and further went on to join the US Army where he served in three wars including WWII where he received the Medal of Valor.

In 1951 he married the love of his life Grams, Helen Salazar and was married for 59 joyful years. They settled in Roy, Utah to raise their six children. Joe also devoted 38 years to Hill Air Force Base receiving many accolades during his career and ultimately retiring as Logistics Division Manager at age 55. He then went on to manage the maintenance for the family business, Creative Times, as well as Quality Control Manager for CTI Construction.

Gramps' knew how to enjoy life. He enjoyed watching boxing fights, which he also participated in during the Army. He loved watching Western movies, cowboys’ series, and anything with John Wayne. Gramps loved cheering for the Denver Broncos, playing card games at any casino, tortillas with chili, and really really hot coffee.

But above all, Gramps enjoyed family. He loved talking on the phone with his sisters and long visits from family - any and all family. Gramps never missed any of his sons’ games or his daughters’ recitals and always took any opportunity to cheer on his grandkids. He always showed up, as he instilled Salazars’ do.

Gramps was a firm believer that with hard work anything is possible, and he was exemplary of just that. A man of hard work, gentle kindness, a man with open arms and the warmest welcome. Where his face genuinely lights up when he sees you. Always a man of honor and a man of integrity.

Above all, Gramps leaves us with his legacy, one where it is known by all that nothing is more important than family. Beloved by whoever crossed his path, Gramps touched us all for the better. He will continue to reside in our hearts, until that morning, when we can share that really hot cup of coffee with him again. Love you Gramps.

Lunch, along with family remarks to be held after the service at Ogden Country Club 4197 E Washington Blvd, Ogden, Utah at 2:00 p.m.

To order memorial trees or send flowers to the family in memory of Joe Salazar, please visit our flower store.