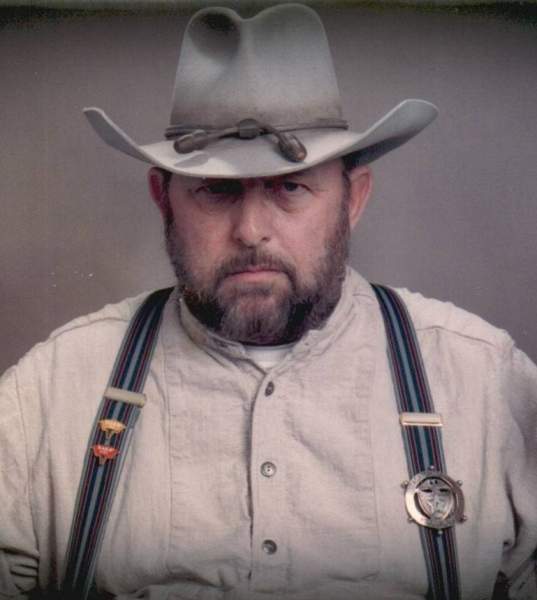 It was reported that he behaved as any other child excepting that he got into more trouble.
His pre-school years were spent partly at play and partly in hearing the three "R's". He found this to be a great disservice as for the first three years in school he was bored stiff and found it hard to concentrate all his educational years.
He worked a lot of different jobs in his youth. First in maintenance, then as a restaurant manager, a day laborer, a truck driver, a concrete mixer driver, a water conditioner technician, and as a deputy sheriff in Dauphin County (Harrisburg) Pennsylvania.
After moving to Utah in 1970, he worked as a Signal Maintainer for Southern Pacific Railroad. For a brief time, he fulfilled a childhood dream of working as a cowboy before becoming an Aircraft Structural Sheet Metal Mechanic at Hill Air Force Base Utah. He retired in 2003 after 30 years of service.
In recent years, his health had started to deteriorate ending in his passing from this earth on 24 December 2021.
He was a life-long outdoorsman, hunter, and gun enthusiast, teaching as a Utah State Hunter Safety Instructor and a Concealed Carry Instructor. He was also a volunteer Range Master at the Lee-Kay Center, the Weber County Shooting Complex, and a member of the Wasatch Shooters Association. He was also a member of the Sons of the American Revolution, the National Rifle Association, and a Freemason. His favorite past-time was study of history, specifically of the American Revolution, the Civil War, the Spanish American War, and World Wars 1 and 2.
Surviving is his wife of 43 years Barbara Fay Crater (Nee: Weil), his former wife Kay (Nee: Stonesifer) Johnson, his three children Keith (Paula) Crater, Christina Wilson (Josh & Kenzie Spell), and Ken (Lizbeth} Crater, all of Utah. Also, seven grandchildren, seven great-grand-children, and a multitude of family and friends across America.
He was preceded in death by his parents Clarence "Butch" and Jean (Nee: Evans) Crater, his sister Sarah "Sally" Schwab, and his niece Sarah Schwab, all of Pinedale, Wy.
The family would like to acknowledge and thank the following people for their help and assistance during this time: CNS Brent and Mike, Encompass Dr. Seth Lewis, Chaplain Kim, Social Workers Laura, Jenn, Teresa, and Ashley.
Cremation services will be handled by Leavitt's Mortuary of Ogden.
In lieu of flowers, the family requests that a charitable donation be made to the Shriner's Hospitals for Children.
A Celebration of Life event will held be held at a later date.

To order memorial trees or send flowers to the family in memory of John Kenneth Crater, please visit our flower store.