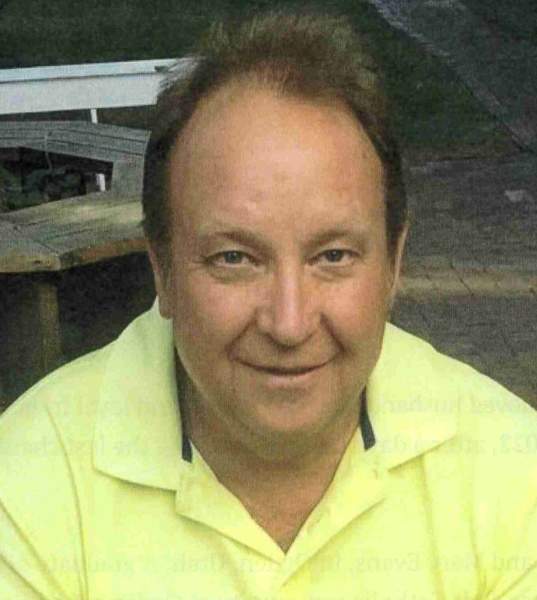 Burley, Idaho ~John Robert Evans, Beloved husband, devoted father, and loyal friend to many, passed away Sunday, February 6, 2022 after a day of skiing, catching the last chairlift on his favorite home slopes.

John was born April 10, 1959, to Bob and Mary Evans in Ogden, Utah. A graduate of St. Joseph Schools, he grew up in the close-knit Catholic community of Ogden as the single brother in the middle of six sisters, “the Evans Seven.”  He went to Gonzaga University, earning a degree in Agricultural Economics in 1982, and continuing his study of economics at Utah State. He moved to Portland, Oregon in 1983 to begin work in the grain industry, where he met the love of his life, Kelli Landis, who worked at another grain company, Columbia Grain. They were married on March 16, 1990, in Portland, and moved to Burley, Idaho a few years later, where they raised their four children.  A bold adventurer, mischief-maker, and risk-taker earlier in life, he grew into a patient, deeply kind, soft-spoken family-man, thoughtful and wise in his words and actions – with a twinkle in his eye and a soft-spot for the rebel.

Mentored by his father, Bob Evans, John learned the grain trade, and eventually carried-on the family business.  John started his career as a wheat trader for Evans Grain, Feed and Seed in 1983. He became one of the owners of the company and served as Chairman of the Board and company officer in charge of all merchandising.  In 1995, the family moved to Burley, Idaho, where he worked at the Western Seeds division of the company and re-established Evans Grain. A dedicated  hard worker and good listener, he was loved by his employees, and well-known and respected in the agricultural communities of the Magic Valley Area and the Pacific Northwest.  He served many years on the board of the Pacific Northwest Grain & Feed Association and as its president in 2009. He was an active member of the National Grain and Feed Association.

John was a devoted Catholic, committed to prayer and his relationship with God – which shaped the beautiful ways he appreciated life, cared for his family and community, and brought respect, honesty, and compassion to every encounter.  An active member of St. Nicholas Catholic Church and Saint Therese of the Little Flower, John served on the Parish Council and Finance Committee. Rooted in his deep faith, John was a natural leader and peacemaker, uncommonly gracious and generous to family, friends, employees, church and community.

John was a one-of-a-kind man of rare qualities.  An accomplished athlete, John was an active skier and tennis player. He ranked #1 in the Intermountain Region for doubles tennis as a youth with his lifelong buddy, Hank Kennedy. Then played for Gonzaga, and continued competitive play throughout life.  A matchless rock’n’roll aficionado and the biggest Jimi Hendrix fan of all time, John would listen to his extensive record library for hours at a time, study rock trivia, and follow the Rolling Stones, even if it meant hitch-hiking to a concert. A man of many charming quirks and eccentricities, he would climb a mountain to watch the sunset alone, lived in “John Time,” and had an uncanny memory on an improbable range of subject – except for the location of his wallet and keys.  He was a lifelong Chicago Bears fan and amateur pyrotechnician, had a knack for collecting broken down old cars (and finding a way to drive them too fast), and loved astronomy and telling the stories of the constellations under the night sky.  He recently taught himself to play the piano by ear.

Imbued with a profound gratitude and enthusiasm for life, he lived with both a sense of levity and joy and a seriousness and humility for the gift and mystery of life. A man of devotion, faith, and a bit of the wild side, heaven gained an angel, guardian, and prankster.

John is survived by his wife, Kell Evans; children, Rachael, Christina (Diego), Steffanie, and Matthew; mother, Many Evans; Six Sisters, Meg Chambers (Steve), Joan Alf, Sue Evans, Patty Bradley (Todd), Nancy Evans (Joe Hazel), and Barbara Woodman (Jeff); and many nieces and nephews.  He was preceded in death by his father, Bob Evans; daughter, Rose; and parents-in-law, Patricia and James Landis.  Nothing gave him more pride and enjoyment than spending time, and having fun, with his big, spirited family.

A funeral Mass will be celebrated at 10 a.m. Wednesday, February 16, at Holy Family Catholic Church, located at 1100 E. 5550 S., in Ogden, Utah, with The Rev. Father Charles Cummings as celebrant.

A second viewing for family and friends will begin a 11 a.m. Friday, February 18, at St. Therese the Little Flower Catholic Church, located at 1601 Oakley Ave., in Burley.  The recitation of the holy rosary will begin at 11:30 a.m. immediately followed by the funeral Mass at 12:15 p.m. with the Rev. Father Eladio Vieyra as celebrant. Burial will follow at Pella Cemetery in Burley.

To order memorial trees or send flowers to the family in memory of John Robert Evans, please visit our flower store.