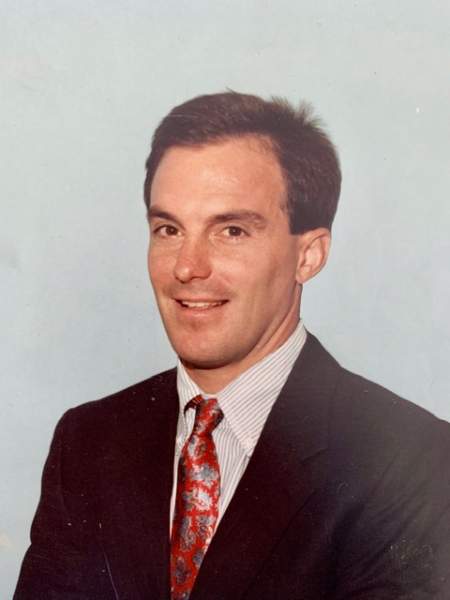 John Clifford Suman, our loving husband, and father, passed away on January 12, 2021, at the age of 63. John was born on March 2, 1957, to Elio Suman and Margaret Edwards in Teaneck, New Jersey. He grew up in Oakland, New Jersey, graduated from Indian Hills High School and went on to earn his bachelor’s degree in business administration from Plymouth State College in Plymouth, New Hampshire.  John will be remembered by all who knew him for his quiet strength and his genuine caring and honesty that never wavered. John met Susan Marie Kosch during college and they married on August 16, 1980, at St. Matthew’s Church in Plymouth, New Hampshire. John and Susan moved to Arizona and spent nearly 40 years raising their children Kylea Ann and Grant Christopher amongst wonderful friends and neighbors in Mesa and Tempe. John was a devoted father who was actively involved in his children’s lives, setting a great example with his loving, kind-hearted, and strong presence. In October 2019, John and Susan moved to Eden, Utah to retire and begin their next adventure. John enjoyed sports and outdoor activities of all kinds. During his high school and college years, he played football and baseball and later transformed his early love of sports into years of volunteer coaching youth baseball, softball, and soccer teams. Through coaching, he made a significant impact on the lives of his own children and everyone who called him ‘Coach John’. Fun, heart and hustle were the cornerstones of his coaching philosophy. John was an avid cyclist who enjoyed riding through the mountains and valleys of Arizona and Utah. Retirement allowed John time to work on his golf game, yet another one of his passions. He was a talented skier who wholeheartedly believed the adage that ‘the greatest snow on Earth’ is in Utah. John worked in retail management for JCPenney for 32 years and completed his retail career working for Costco for 4 years before retiring in September 2019. During his career, John prioritized building strong, positive relationships with coworkers, customers, and business associates. John is survived by his wife of 40 years, Susan; daughter Kylea Ann of Denver, Colorado, son Grant Christopher of Carlsbad, California; brother, Arthur of Mawah, New Jersey; brother, Thomas of Mawah, New Jersey and sister, Frances of Alpharetta, Georgia. He was preceded in death by an infant daughter, Ryanne Catherine, and his parents, Elio and Margaret Suman. In honor of John’s love for the outdoors and baseball, in lieu of flowers, the family asks that you consider donating to The Trails Foundation of Northern Utah or the Tempe South Little League. To learn more about their work, visit The Trails Foundation of Northern Utah website: https:// tfnu.org/donation-page or the Tempe South Little League website: https://www.tempesouth.com or Paypal at treasurer@tempesouth.com or Via mail at Tempe South Little League P.O. Box 12438, Tempe, Az. 85248 A Viewing and Rosary will be held Thursday, February 4, 2021, from 6:00-8:00 pm at Leavitt’s Mortuary, 836 36th Street, Ogden, Utah. Funeral Services will be held Friday, February 5, 2021, at 10:00 am at St. Florence Catholic Church, 6461 UT-39, Huntsville, Utah followed by a graveside dedication at Liberty Cemetery, 3930 N 3500 E, Eden, Utah. To send flowers to John's family, please visit our floral store.
To order memorial trees or send flowers to the family in memory of John Suman, please visit our flower store.