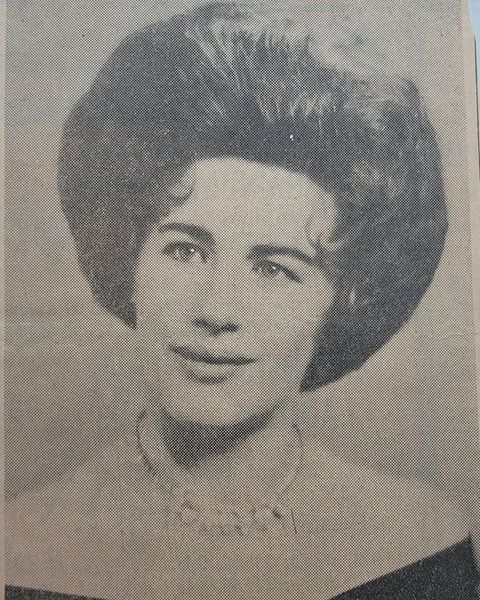 The Heavens welcomed our mother, Oma, Great Oma, sister, aunt, and friend to many, Josephina M. Keller on September 11, 2022.  Josephina was born on July 28, 1940, in Tilburg, Netherlands to Cornelius and Anna Mutsaers.  She was the fourth of nine children.  Josephina “Josey” was educated in Tilburg, Netherlands from elementary school through junior college. She obtained a First Responders diploma on January 17, 1957, from the junior college.  Once stateside, Josephina received her associate degree in Accounting from Weber State College.

Following in the footsteps of Josephina’s Uncle Bart VanderStappen; her parents and all nine children (Josephina being 19 years of age), immigrated to the United States to make a better life for themselves.  The Mutsaers’ family arrived at Ellis Island on June 3, 1959.  Josey’s parents and siblings then boarded a train to Ogden, Utah, where they resided at their home on 28th Street.

Josephina met her future husband, Charles Keller, on a blind date.  On September 12, 1964, she married Charles at St. Joseph’s Catholic Church in Ogden.  The union of this couple brought four children into the world: Robert (Deceased), Charlene, Christopher, and Anthony.

Josephina and Charles enjoyed camping and fishing with their children at Flaming Gorge, Hyrum State Park, Yost, and Ogden Canyon.  She would also join Charles for the annual deer hunt.

Josey also enjoyed traveling with her sisters to the Netherlands, Carlsbad and Solvang, California, Branson and Forsythe, Missouri, Lake Conroe, Texas, and Panama Beach, Florida.  There were always lots on smiles and laughter with the Dutch sisters.

Josephina was employed at several different places throughout her life.  Her first job was at the Fred M. Nye department store.   A few years later, she began working for the Federal Government at the Internal Revenue Service as a data transcriber and eventually moved over to Hill Air Force Base, were she utilized her Accounting Degree as a Cost Accountant and retired on Dec. 31, 2005, after 23 years of service.   During her employment, Josey enjoyed regular luncheons and Christmas parties with “the girls”: Jan Hamblin, Chena Wright, Glenda Gibson, Marnie Lambert, Cindy Pierce, and Shellie Memmott.

Mom was a long-time member of St. Mary’s Catholic Church in West Haven, UT.  She was a member of the Catholic Council of Women and enjoyed various positions within the parish.  She participated in facilitating many of the parish’s funeral dinners, altar cleanings, annual bazaars, and the annual Fall Harvest Festival.  She was honored with the Woman of the Year Award in 2017.

Josephina’s children attended St. Joseph’s Elementary and High School where she actively serviced through monthly bingo, the Spree auction, lunch preparation, and supporting athletics and drama/debate.  In addition, mom spent time sewing, crocheting, embroidery, and quilting. She also volunteered time at the Hill Air Force Base Thrift Shop and enjoyed playing cards on Saturday with her sisters and brother-in-law.

In July of this year, Mom took a vacation to Branson and Forsythe, Missouri with her children, Charlene, Chris (Deanna), Anthony (Michelle) and two of her grandchildren, Tucker and Addison.  She enjoyed spending time with her sister, Annette, brother-in-law, Bob, and her nephew, Troy (Bendie) along with their extended families.  She enjoyed the Dolly Parton Stampede Show and the old-time photos she took with her children.  What wonderful memories!

Vigil service, with a rosary following, will be held at Leavitt’s Mortuary, 836 36th Street, Ogden, Utah on September 22, 2022, from 6-8 pm.  A Mass of Christian Burial will be held on Friday, September 23, 2022, at 11 am, at St. Mary’s Catholic Church, 4050 South 3900 West, West Haven, Utah.  A luncheon will be held after funeral services at St. Mary’s Catholic Church.  Her cremains will rest alongside her husband Charles at Leavitt’s Mortuary and Aultorest Memorial Park in Odgen, Utah.

To send flowers to the family in memory of Josephina "Josey" M. Keller, please visit our flower store.