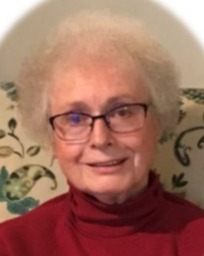 Judy Butler Anderson, 82, returned home to her Father in Heaven and to her loving husband on October 29th, 2022.  She was born on March 23, 1940, to Parley Arend and Louise Thompson Butler of Ogden, Utah. Judy graduated from Ogden High School, and went on to receive degrees at Weber College, University of Utah, and Brigham Young University.

She married Edwin Taylor Anderson on May 31, 1966, in the Salt Lake Temple. They celebrated their 50th wedding anniversary in 2016. Her hobbies were many, she loved art, both in creating and admiring.  She also loved history and has kept her family genealogy and the history of Ogden Pioneer Days alive by documenting as much as she could.

She was an active member of The Church of Jesus Christ of Latter-Day Saints and had served in every auxiliary organization, but her favorite was Relief Society, where she taught many years. She served on Stake Relief Society Board, and as Counselor in two Relief Society Presidencies. She also loved serving her Temple mission in the Ogden Temple. She was a member of the Ogden’s Women’s Drama Club for 27 years and served as president of the organization. She has been in and directed many Stake musicals and Drama Club productions.

She was inducted to the Utah Cowboy Hall of Fame in 2012 for her historian efforts for Pioneer Days and her reign of 1959 Pioneer Sweetheart, now known as Miss Rodeo Ogden. She was a member of the committee that helped establish the Utah Cowboy & Western Heritage Museum in Ogden for ten years.

She was preceded in death by her husband Edwin Taylor Anderson, her parents, brother Parley Narvin Butler and several in-laws.

Judy was a passionate woman with a caring heart that loved her family and her faith. She was a great woman, mother, sister, and grandmother that will be missed.

To send flowers to the family in memory of Judy Butler Anderson, please visit our flower store.