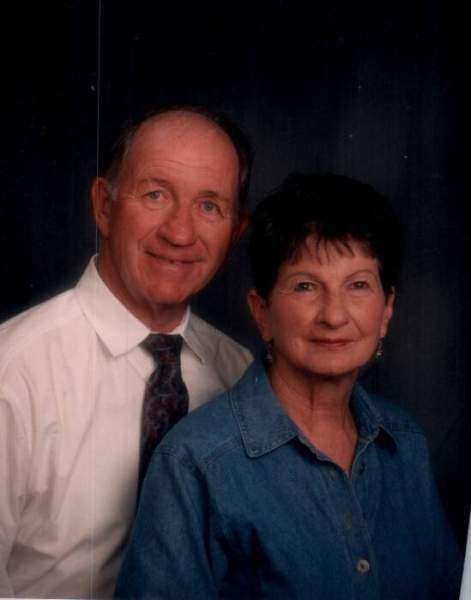 Our beloved Father, Julian E Geiger Jr., lived well and was an example to family and friends alike. Now the cycle of life has brought him back to his eternal family and united him with the love of his life, Norma Kendell Geiger. Julian was born to Julian E. Geiger Sr. (Pop Geiger) and Elizabeth Moyes Geiger, and resided at 3040 Porter Ave. in Ogden. He had two older sisters, Marian and Gertrude (Trudy). In 1927, Porter Ave. and 30th Street in Ogden, were dirt roads. Julian went to Ogden High School, up on Harrison Boulevard and people wondered why they built a high school way up by the mountain, so far from town. Julian met and married a beautiful girl from Uintah, Norma Kendell, who went to Weber High School. They married in April 1946. A marriage into the Kendell Family grew the family ties exponentially. After Dad's stint in the US Navy, they went on to have five children. Curtis Geiger, (married to Kameron Shepherd; had 3 boys), Kendell Geiger, (married to Diane Tingey with 3 children), Clair Geiger is the father of 2 children) Marty Geiger (deceased) and their Daughter Julianne Geiger {married to Brad Steele; with 2 children). Dad was our family patriarch. Mom and Dad raised their children very deliberately. They nurtured, loved and taught us in the ways expected and valued by the "Greatest Generation". Dad had the same temperament socially, and in his work environment. And for that reason, Dad's work flourished, and our neighborhood and friends were like a Norman Rockwell lithograph. Julian enjoyed a successful career as Vice President at CUNA Mutual. His work called for the Family to move to Colorado, in 1967. Our youngest Brother Martin Paul Geiger (Marty) died there in 1970. The loss of Marty bonded our family even more. Mom and Dad taught us that neither distance nor time could ever come between or diminish our love. They continued to move anywhere Dads career took him. They moved to Phoenix, Az, Honolulu, Hawaii, and California. With every move, Dad and Mom always saw the future, and looked to the horizon. They cherished our growing families, kept us all together, and showed us how to overcome setbacks and losses, by maintaining family unity and support. After retiring, Dad and Mom lived well and were active. Mom's health was tenable but allowed Dad to indulge his love of aviation. Dad built a tandem seat sports airplane, called a Canard wing Dragonfly. He flew as-long-as he could maintain his pilot license and fly safely. Julian and Norma moved back to Ogden, bought a beautiful home, a handsome 5th wheel and spent many years seeing America together. Julian lost Norma in 1999. After over 50 years of marriage, and the loss of a son, and grandson, Julian was devastated. In keeping with his character Julian moved forward to assist a close friend and neighbor Charlene (Chuck) Thompson as she battled cancer until her death. Soon after that, Julian was off on a new adventure and traveled until finally landing in Queen Valley Arizona, where he lived on a golf course for several years. While there, he took time away from the summer heat to cruise the oceans and the great rivers of Europe. Dad moved back to Ogden in 2019 to be with his family. He has 10 grandchildren and 17 great grandchildren. He continued to enjoy his passion for golf with his sons, extended family, and friends. In his 90's, Julian had a remarkable golf game. His only golfing flaw was he had lost his ability to count. Julian was married to Dorothy Wiscombe and separated nearly two years ago. Julian died peacefully at home surrounded by his family that will forever love, respect, and admire him. A service will be held Thursday, February 11th, at Leavitt’s Mortuary, 836 36thStreet, Ogden, Utah at 1 P.M. with a visitation an hour prior. Interment will be at the Uintah Cemetery.  In Lieu of flowers please donate to your favorite charity. Condolences may be left for the family at www.leavittsmortuary.com To send flowers to Julian's family, please visit our floral store.
To order memorial trees or send flowers to the family in memory of Julian Geiger, please visit our flower store.