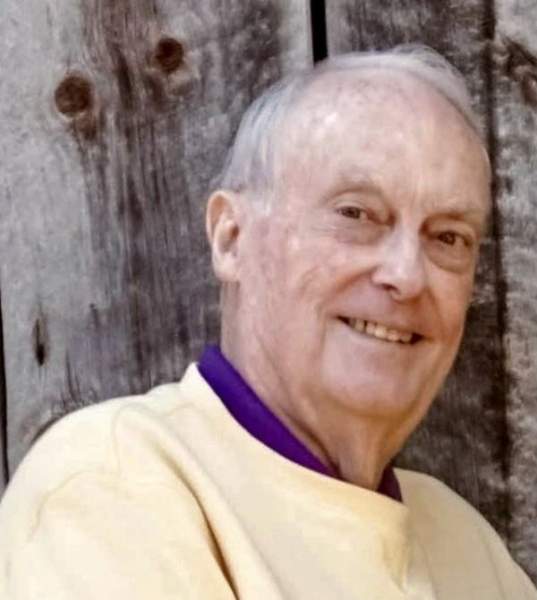 Larry K. Williams passed away September 12, 2021, with his loving wife by his side. Born December 1, 1941, in Ogden, Utah to Irene Manning Williams and Kenneth Williams.

At a young age Larry contracted Polio which resulted in some physical disability which did not preclude him from living life to the fullest. Larry found his love for golf as a young man being a caddy for the professional golfers at the Country Club. Later in life he could be found regularly on the golf course, only giving it up in the past few years when his condition related to Polio worsened.
After receiving his degree in Business Administration from Weber State College he began a successful career working for Amalgamated Sugar, with eighteen years as a hospital administrator at the University of Utah Hospital, retiring after ten years with The Internal Revenue Service.
On February 14, 1999, he married the love of his life Blanka Hornbogen. Blanka and Larry enjoyed many years of happiness together surrounded by friends and family. They enjoyed golf, movies, October Fest, Park City and in general-window shopping. Larry seemed to always find something he could not live without.
After receiving a liver transplant in 2009, he became an advocate for other recipients. Larry along with his wife, worked together to support other recipients and their families by helping them understand that there is life after a transplant.
Larry wanted everyone to believe he was a grumpy old man, presenting himself with a dry and sarcastic humor. But underneath it all he was a kind and loving man. He cared deeply for others and had many kind words to say about those he loved. Larry's sarcasm and humor often received an eye roll and "Oh William's" from his wife.
Larry is survived by his wife Blanka and her children, which were like his own, Renee Sass (Darwin), DaMyrle Pike (George), his children from a previous marriage; David (Tara) Williams and Michelle Stone. nine grandchildren and seven great-grandchildren. Also survived by four very special nieces and their families who adored him.
He is preceded in death by his mother Irene (Annie) Williams, father Kenneth Williams and sister Linda Sherman.
The family would like to thank Atlas Hospice, and his nurse Korie for the loving care they provided to Larry in his last days. A private memorial service will be held.
In Lieu of flowers please consider making a donation to the American Liver Foundation at liverfoundation.org

To order memorial trees or send flowers to the family in memory of Larry K. Williams, please visit our flower store.