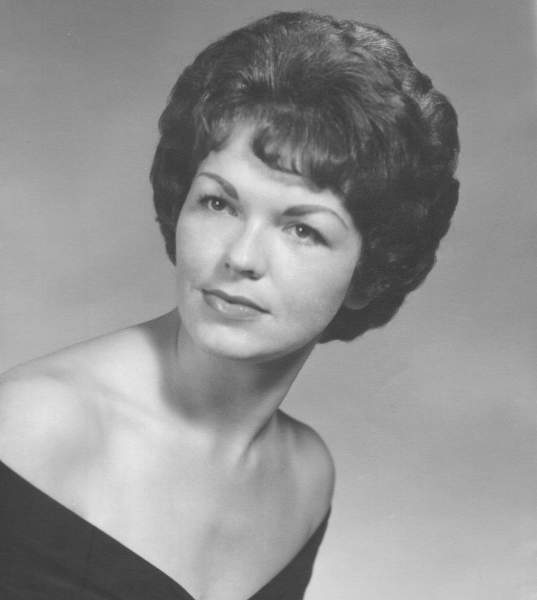 Lois Georgia (White) Blanchard, 89, was welcomed home to Heaven to reunite with her son, her parents, and eight of her siblings on August 29, 2021, due to causes incident to age.

Lois was born July 10, 1932, in Salt Lake City, Utah to Byron and Georgia White. She was the 7th of 11 children: Virginia, Byron, Betty, Mary, Gloria, Sally, Lois, Danny, Frank, Robert, and George, although her siblings always felt like she was her dad’s favorite. Lois often reminded them of that as well.
Lois grew up with her many siblings in a farmhouse near Salt Lake Community College with a barn and granary. They had chickens, pigs, and rabbits and tended a large garden.
Lois married Donald Sorensen at an early age. They were later divorced. They had one child together Donald Samuel (Sunny) whom Lois loved dearly. After being single for several years, Lois married Mark Dunn in 1993 and they were sealed a year later in the Temple of God. Although these were happy years for Lois, sorrow struck when her son Sunny passed away in 1996 in his early 40’s leaving three children behind. Mark also passed away after just five years of marriage. A year and a half after Mark’s passing Lois married Farrell Ted Blanchard on February 29, 2000, and they moved to Ogden, Utah where they spent the last 21 years together singing and dancing, going out to eat, going on trips, raising a couple of dogs and watching a lot of television.
Although Lois didn’t receive the education she would have liked, she was a hard worker her entire life spending time cleaning, cooking, and waitressing among other things at the Alta Club for many years, at St. Mark’s Hospital, and of course her own home. She had a deep love for her dogs and was well-versed in horoscopes and zodiac signs.
She was a member of the Church of Jesus Christ of Latter-Day Saints.
She is survived by her husband, Farrell; her older sister Sally, whom she loved dearly and had a very close relationship with; her younger brother Bob, whom she said was the best brother she could ever have; her three grandchildren, Don (Butchy), April, and Ashley and their 11 great-grandchildren; Farrell’s eight children and their 34 children to whom she was affectionately known as “Grandma Lois.”
We so appreciate the companionship and love that Lois and Farrell provided each other these last 21 years as well as her being a grandma to many of our children who needed a grandma. Lois, you will be missed!
Funeral services will be held at Leavitt’s Mortuary, 836 36th Street in Ogden on Tuesday, Sept 7, at 2:00 p.m. with a viewing from 1:00-2:00.

Interment at Leavitt’s Aultorest Memorial Park.
Condolences may be shared with the family at www.leavittsmortuary.com

To order memorial trees or send flowers to the family in memory of Lois Georgia Blanchard , please visit our flower store.