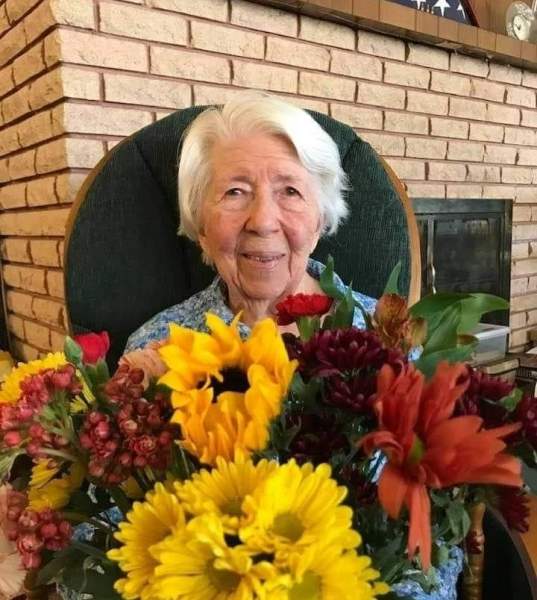 Lucile Simmons Petty, age 98, passed on peacefully at home, to our Heavenly Father on Wednesday, February 9, 2022.

She was born November 1, 1923, in Manti, Utah to Elmer B. and Mable Anderson Simmons, being the middle of nine children.

Lucile was raised in Manti, graduating from Manti High School shortly after the United States entered into WWII.  She participated in the war effort by working in a parachute factory that had been built in Manti.  The next year she began attending Brigham Young University.  She graduated in 1948 with a BA in Art.  While at BYU, she met her future husband, Donald M. Petty.  They were married in the Manti Temple in 1950 and soon moved to Ogden.

Lucile was a wonderful wife and mother, together with her husband, raising a family of five sons and a daughter.  She was very attentive and patient with her children.  Lucile taught her family through word and deed about her testimony of the Gospel of Jesus Christ.  She served in several callings in the Church of Jesus Christ of Latter-Day Saints, including a number of years as an ordinance worker in the Ogden Temple.  She was also an active member in the Daughters of Utah Pioneers, Camp Honey Bee.

Interment will be at Leavitt’s Aultorest Memorial Park.

Condolences may be shared with the family at www. leavittsmortuary.com.

To order memorial trees or send flowers to the family in memory of Lucile Simmons Petty, please visit our flower store.